Car stealing methods in the past were easy – people would just take a wire hanger and get to work. 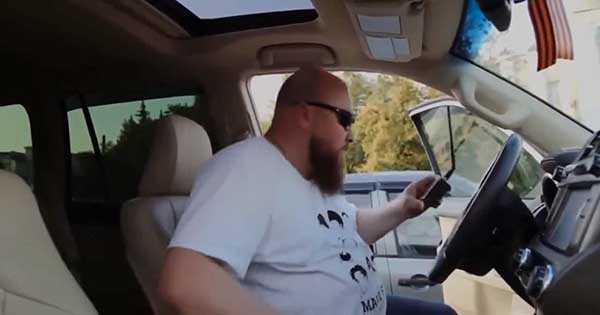 At most, the thief would have to find a screwdriver and some pliers and they`d be all set, but with modern technology evolving as quickly as it is, ways to keep your car more secure have evolved with them, and they`ve gone above and beyond. Now, it`s all electronic, all those delicate little microchips and wires and let me tell you – you can`t get it done with just a normal screwdriver anymore.

Instead, you`re going to need to bring a whole toolbox, along with a lot of knowledge, good planning and some really strong thick nerves because there`s nothing as frightening and as intense as trying to avoid going to jail.

The guy in this video demonstrates that modern car stealing techniques have evolved as well. However, in order to apply any of them, he has to know exactly where everything is, at all times. First, he cuts the wire that keeps the car locked and runs on to the inside of the vehicle.

After that, it`s a lot of unscrewing, pushing and disassembling stuff until he can reach just the right wires necessary to make it possible for him to start the car and blast off out of there.

He also has some gadgets that he uses to gauge and measure stuff around the car, such as electromagnetic fields where the GPS is and other fun stuff. All in all, don`t try this at home or anywhere else – it`s illegal!

Finally, check out this 10-year-old that got caught for stealing cars 4 times!