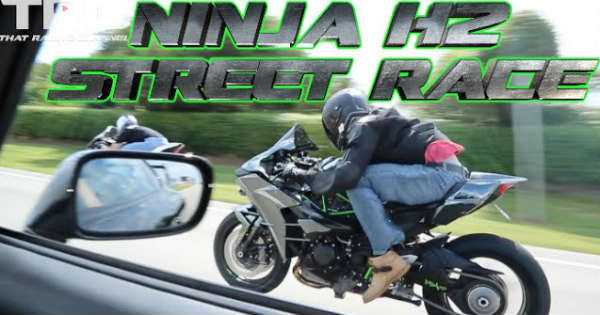 Regardless whether you are into bikes or not, this video will surely grab your attention. Four gorgeous and powerful beasts appear on the video and race out on the streets. We will list them as well as some of their specifications. First on the list is the Kawasaki Ninja H2 with an ecu flash full exhaust, it is also lowered. The only car among them is the 1995 Toyota Supra with 46psi 1100+ WPH.

It has 3.0L built by Real Street Performance along with 2200cc Siemens injectors and Clutch Masters FX850 Twin Disc clutch. But the main focus is our Turbo ZX-14R.

Though we do not have much information about it, we know it has 350 WPH and 200lb rider. The bike looks ridiculously fast, leaving behind all the other racers.

The Toyota driver even says that he simply caught a glimpse of the Turbo ZX-14R speeding past him. Also the 2015 Yamaha R1M with carbon wheels and 155lb rider appears on the video.

So, in order to win a race among these four beasts, you have to be something special. This Turbo ZX-14R proves just that, how special and fast it can be. Which is your favorite?