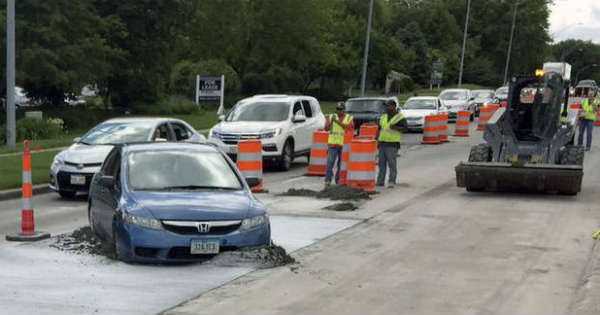 Showing off on the road can sometimes be very dangerous. We should all respect the laws no matter what. Driving over the speed limit, not stopping on red light, driving on the pool lane are just some of the violations of the law. But what you are about to see in the following story is not like that yet it cost the man staggering $10,000!

Being stuck in a traffic jam is something every driver is facing each day. It is simply something inevitable and we all should respect the drivers as well as the signs on the road. But this guy had something else in mind.

This Honda Civic fail is something he would never forget and it gives you the best answer on why you should not show off on the road.

Part of the road was under construction and everything was nicely marked using traffic cones. Everyone there had no problem of waiting a bit longer to go further except this guy. He decided to take, what he thought would be, a shortcut but instantly regretted it.

He got stuck in the recently placed concrete. He got in so deep that he could no longer move his car. And this violation of the law had cost him whooping $10,000! 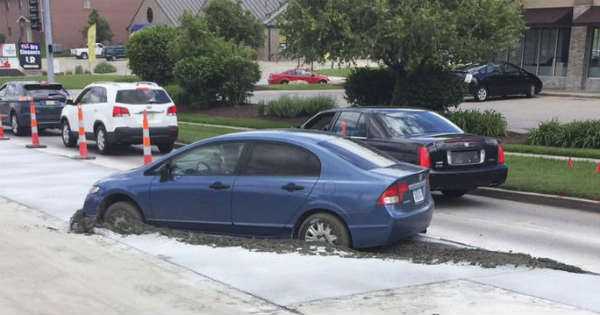 We all assume that he would have liked to wait couple of minutes more instead of cashing out so much money. This Honda Civic fail might be your lesson for the future. Do not ever violate the law and respect the drivers and signs on the road!

For more concrete fails, check this out!