The Renault Formula 1 team organized a major competition where fine winners got the chance to have the ultimate F1 test drive at the Paul Ricard Circuit in France. The F1 team partnered up with the road-car manufacturer who is also a subsidiary of Renault – Infiniti. This manufacturer is also Renault`s ERS supplier for their Formula 1 cars. Winners also got the opportunity to see the F1 team`s engine factory located in France. YouTuber, Mr JWW, was one of the winners who managed to get the opportunity and test drive the 2012 Renault Formula 1 car which is powered by the last naturally aspirated F1 engines. 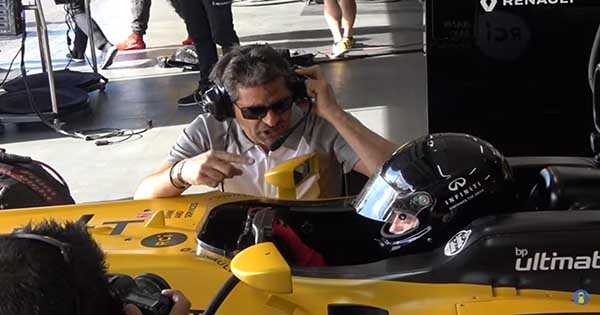 This engine is a V8 that`s limited to 18,000RPM. Unlike today`s F1 hybrid engines, this one makes one very monstrous sound. Before jumping in the Renault Formula 1 car, the winners of this competition were taken through technical briefings like the track layout, all sorts of technicality about the car etc. However, before jumping into the F1 car, they need to test drive a Formula Renault car.

This car is a part of a championship where drivers can properly learn advanced driving techniques. After that`s done and dusted, Mr JWW was seated in a proper F1 car. He found it a bit difficult driving the car flat out and he missed almost all the apexes. However, driving an F1 car is definitely no joke and Mr JWW had the time of his life here. After the test drive is finished he gives his expressions on the whole experience.

At last, fresh from the F1 world – Kubica is the spotlight after the Abu Dhabi test!