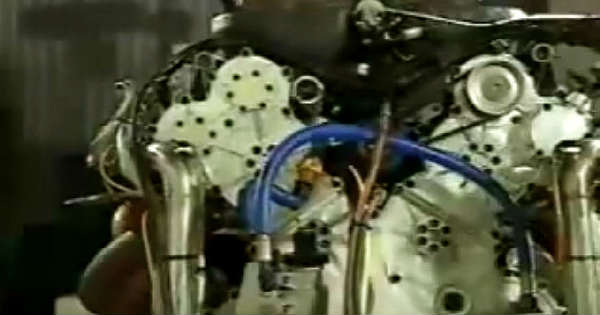 Of course, we all have favorite engine combinations. However, true gearheads appreciate all different kinds of engines for exactly what they are worth. Every engine has its ups and downs making it more efficient at some areas than others. In this one, we have an engine that displace only 3 liters while at the same time packs a V10 that is able of cranking out staggering 20,000 RPM.

Watching this Renault 3 L V10 in action is a real treat as it is running at such an immense level. The engine we are talking about here is actually a Formula 1 power united designed by Renault for their official racer in F1.

This Renault 3 L V10 is really made to impress and in this one we have an awesome look inside and get to see what makes this engine so tick. It has tons of moving components that all must come together in order to push Formula 1 racers to new heights.

It also has a screaming soundtrack that will send shivers down your spine. This power unit was built between 1995 and 1997 and won all 3 championships with both Benetton and Williams.

This engine is a great reminder of how F1 engines used to sound before 2014 when Hybrid V6 turbo engines were introduced to the sport.