When purchasing an extremely expensive super car, you would want to make sure that everything about it is perfect and that the money that you are spending is going to be well worth it. Some people have complained recently that all McLaren cars look about the same, but in this video we take a look at the latest piece from the British carmaker -- the McLaren 720S and why this beast is well worth the $300,000. First things first, this car is unlike any other McLaren we have seen so far, appearance-wise. 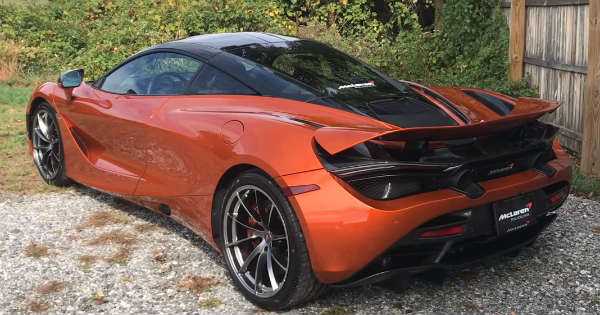 Moreover, it has a completely different engine that its predecessors, with whooping 710 HP. The car came out just couple of months ago. But what to the numbers have to say about it? Well, it has a 4.0L twin turbocharged V8 and weighs just 3,100 pounds, which makes it 280 pounds lighter than the Ferrari 488. The first thing that pops to your eyes is the way you open the door. There is a little black pad just behind the door panel, which makes it completely invisible.

One of the best features inside the car is the gauge cluster, which cannot be seen until you power the car up. It pops out and swirls for 90 degrees and it displays itself. According to the modes that you are going to put the McLaren 720S on, the gauge cluster is going to rotate. The air vents have an awesome feature too, but you will have to check out the full video for more information!

At last, feast your eyes with this McLaren convoy spotted cruising on a highway!