This is a sequel from the Fast and Furious franchise that you have never seen before! It is new, it is popular, and it is extraordinary! What is so special about this short movie then? Well, the fact that it is filmed with Fast and Furious RC cars works perfectly for us! 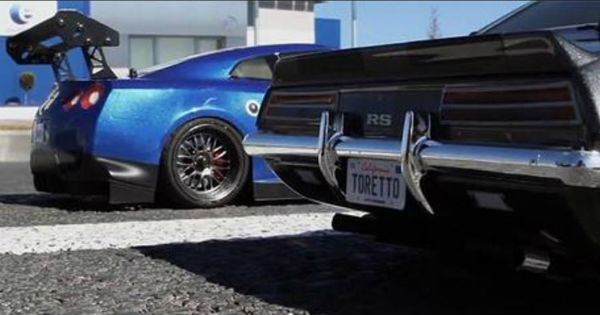 Moreover, if you take into consideration the real sounds added to the video you are going to understand why we are praising this short film! This video shows us a RC car chase that looks so real! In fact, if you don`t know that the cars are actually RC cars, you will need some time to notice that!

Therefore, check out this Fast & Furious 7 RC Car Chase RC: Paul Walker vs Vin Diesel! This Video Should Win An Oscar! That was pretty damn sweet! Seeing the silver RC car drifting across was a really cool part.

Excellent video, so serious effort put into this. By the way, the guy who has made this awesome video, dedicates it in loving memory to Paul Walker and the passion for the Fast And Furious Movie Series. As he says, he is not professional and this is an amateur video of the Fast & Furious RC Car Chase.