When it comes to exciting races with some of the most legendary drivers, the F1 is somewhere at the top and probably, according to many, the Silverstone Grand Prix is as good as it can get. 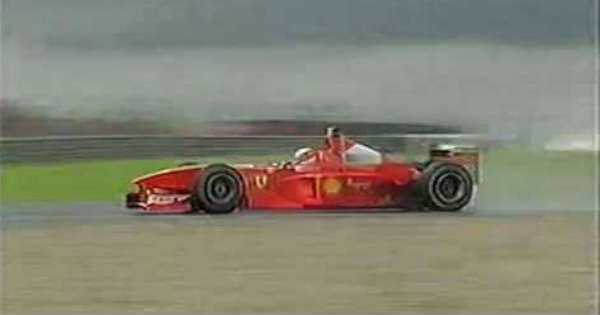 Many great races have taken place on that track and some of the most amazing upsets in the history of F1 were witnessed by the spectators there. In the following video we take a look at such footage from many years ago, from 1998 to be precise. As we all know, the one and only Michael Schumacher took part in the Silverstone Grand Prix back then and this specific race will be remembered as one of the most amazing endings in the history of F1. Just two laps to go and we see Schumacher on the top followed by Hakkinen.

It is a tight race and the suspense builds up as we see the racers approaching the last lap. When the man waves the flags symbolizing that it is the last lap, this is where the fun begins. Namely, Schumacher was still first and he decided to go to the pit stop for a check but it was his final lap and on the way he crossed the finish line.

Hakkinen was approaching from the back and everyone was confused of what had happened. At the end Schumacher won the race and this Silverstone Grand Prix will be remembered as one of the greatest endings you could ever see. Check the video for more and see the whole drama!

For more information about the history of the British Grand Prix, follow this link.