Taking a look at plane footages during their take offs or landings is always fun hence we see how the pilots cope with these risky situations, and in such video we see how the Emirates SkyCargo 777 looks like when it lands during a heavy rain. 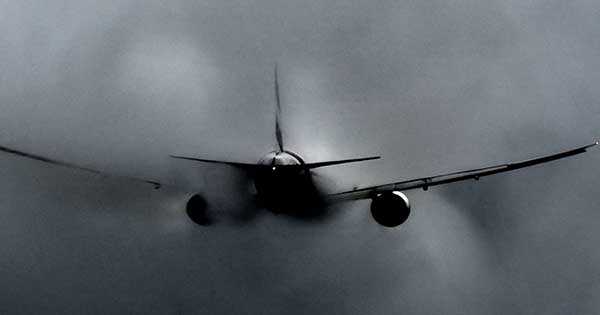 It looks so glorious and beautiful that you would like to see it multiple times. Even those who are afraid of flying would fall in love with the Emirates SkyCargo 777 and this footage. Though the video is fairly short, just under a minute, it is enough to see the plane descending from mid air onto the runway. At the beginning of the video we cannot see much hence the plane is hidden behind thick cloud and rain. Then it slowly comes near the runway and we see its true beauty.

It literary cuts through the clouds like a hot knife through butter and it looks absolutely glorious. There is a white formation of air on top of the plane which is caused by the heavy rain. The tail of the plane generated its own vortex which was caused by the high speed and dense air. Not only that, if you look closely you can see two other vortexes formed behind the nosewheel doors on both of the wings. By the end of the video, the Emirates SkyCargo 777 finally touches the runway nice and safe. What do you think, is this one of the most glorious planes you have ever seen up in the air?

Apparently, these are the coolest planes out there!