Watching planes taking off and landing is always fun, especially for those who enjoy flying with them. For the ones who find it difficult to fly and are afraid of it, the following video might be somewhat dizzy. We take a look at how a One Of The Most Beautiful Airplane takes off. 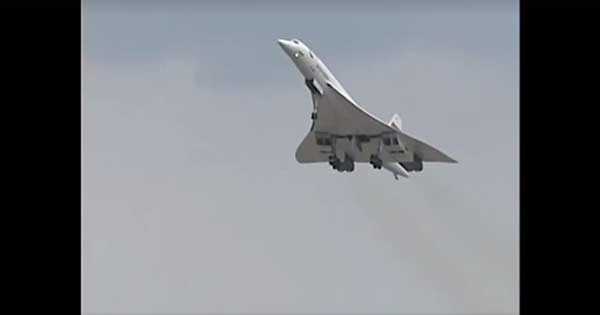 More specifically, the plane is BA 9180E – G-BOAF and it is considered as one of the most beautiful planes ever built. The video is fairly old; it dates back all the way to July 17th 2001. What makes this video that much more interesting is that we hear the pilot talking on the radio while giving all the necessary information for takeoff.

Shortly after the plane is seen speeding on the runway and it takes just several seconds to gain the right speed. The Concorde Airplane takes off and its glorious wings and the recognizable front nose are seen up in the sky.

But that is not enough, as we take a look later in the video how this airplane handles the rainy weather. It belongs to the British Airways and its landing looks just as exciting as the take off. Yet it is a rainy and foggy day, not something a pilot would hope for.

It takes just couple of minutes for the plane to prepare for takeoff and just couple of seconds to gain the proper speed. Then we can see the Concorde Airplane up in the sky. What do you think, could this be the most beautiful plane ever built?

Moreover, London to New York in 3 hours? Check it out!

Globally considered the most beautiful aircraft in the world..#Concorde