For years and years, scientists have been trying to come up with the best way to land and colonize Mars. Despite having various theories and concepts, nothing has happened until now and the ever-wanting wish has just remained as it is. But things might change just couple of years from now as we take a look at the latest SpaceX project that plans on colonizing Mars by the year of 2024. Elon Musk is the man who takes us through the details in a speech, thus explaining all the little things and why this wish could actually become reality very soon. 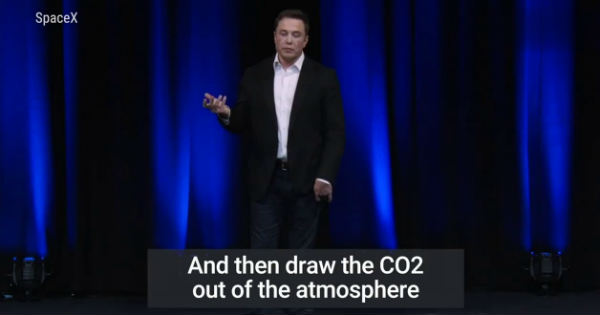 Their first plan is to launch two cargo ships to Mars in 2022. If this initial plane proves to be fine and everything goes nice, they will launch four more ships in 2024. Two of these will be cargo ships and the rest two are going to be two crewed ships. The goal of these initial missions would be to find the source of water there and to build the propellant plant. So it would take just six ships to have plenty of landed mass to build the propellant depot that is going to have a huge number of solar panels.

They will further on continue to mine and search for water. From the base, the city is going to expand more and more. It would take quite a long time to colonize Mars and make it fully functional place to live, but it is surely worth the risk and money!