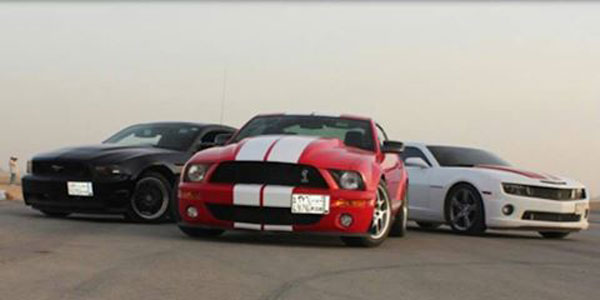 We will try to give you a close picture of the world of automobiles inside Saudi Arabia by introducing you with car enthusiasts, unique desert highways and all of the challenges this country has to offer to a real car fan in a constant search of adventures, excitements and original experience, as well as their car culture.

I`m pretty sure that when we mention Saudi Arabia, first thing that comes to the mind of most people are the traditional Arabic characteristics like men in their traditional robes and women completely veiled, camels, deserts…And yes, this is Saudi Arabia, but thinking that it is the only thing in this great middle east country would be the same as having cowboys and Indians as the only picture for the United States. 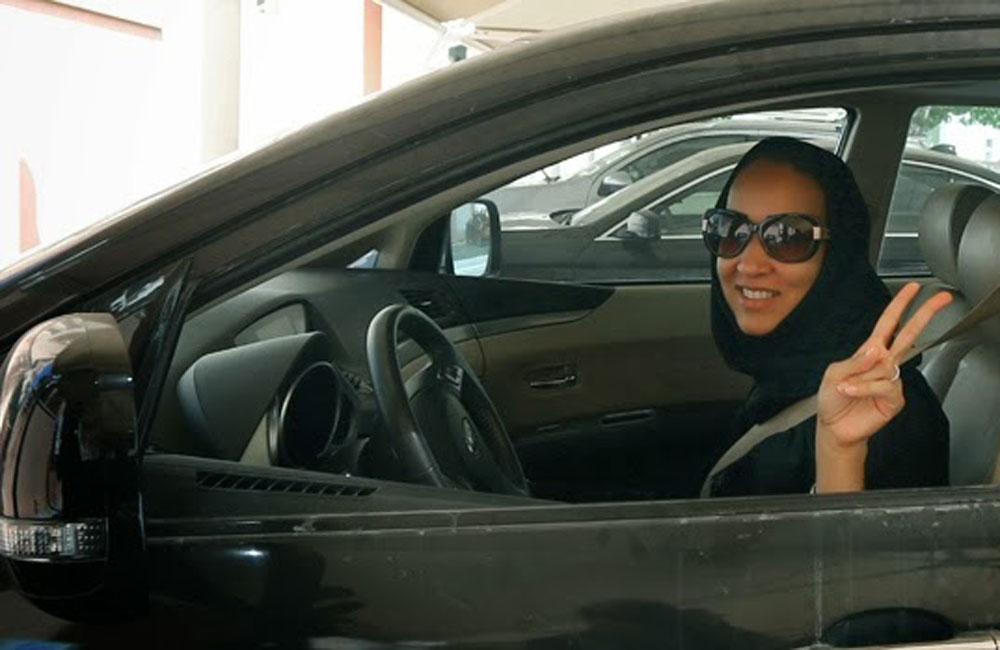 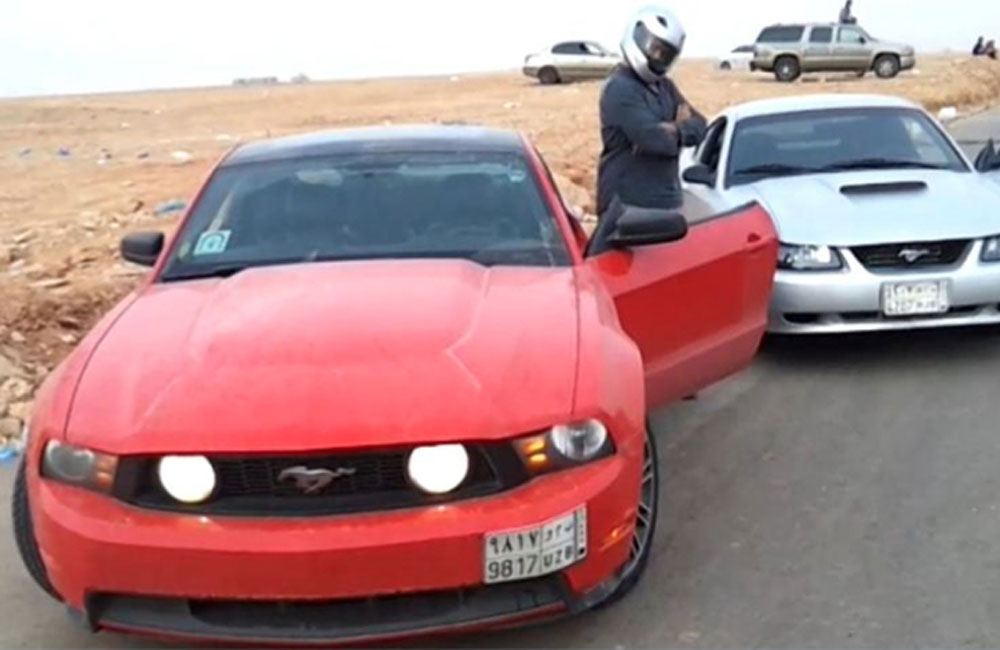 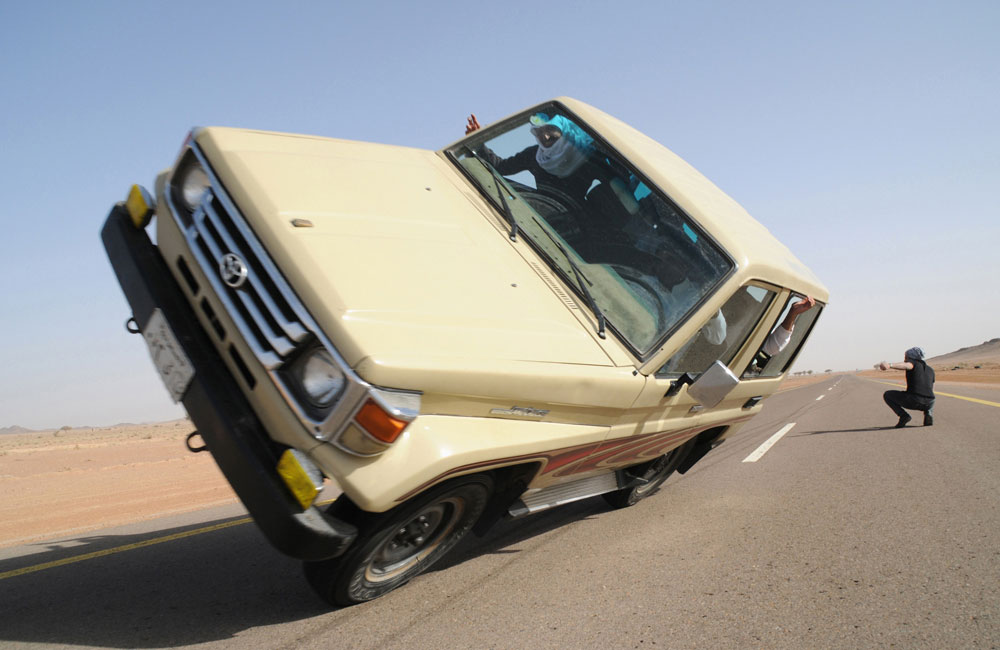 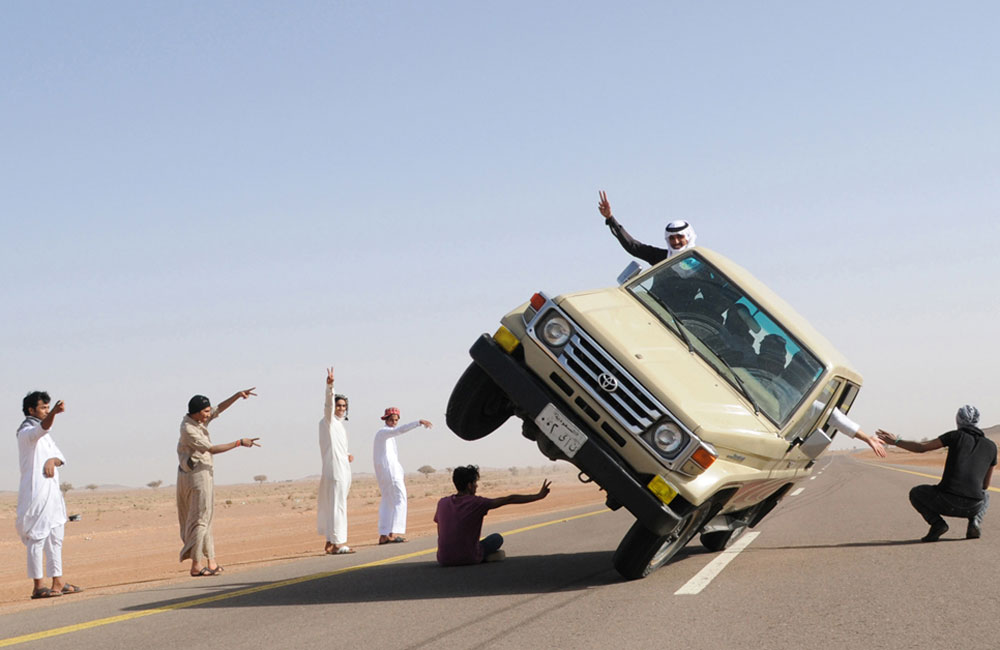 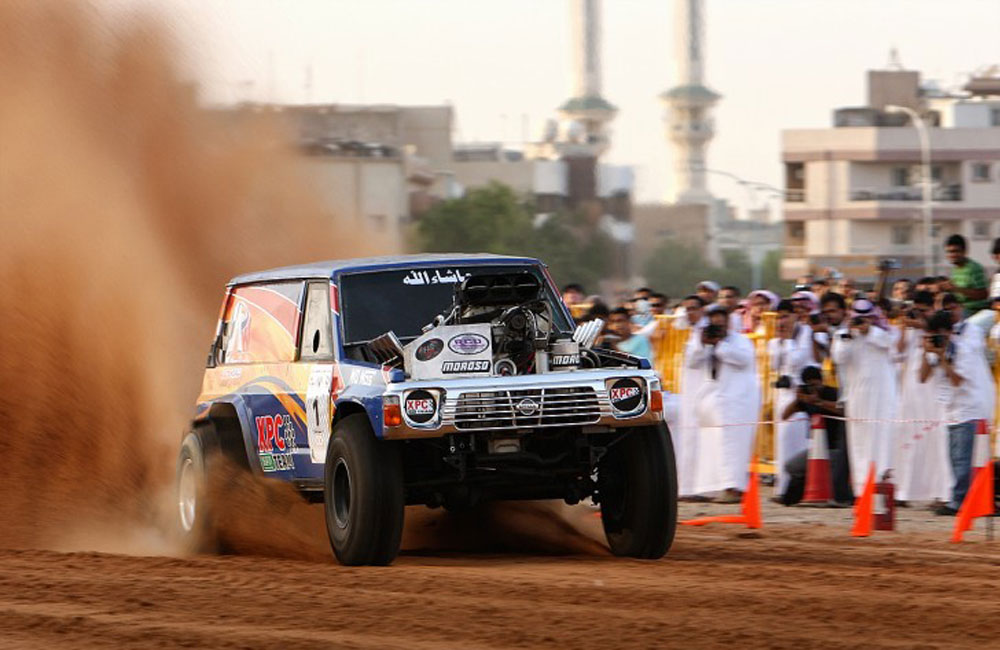 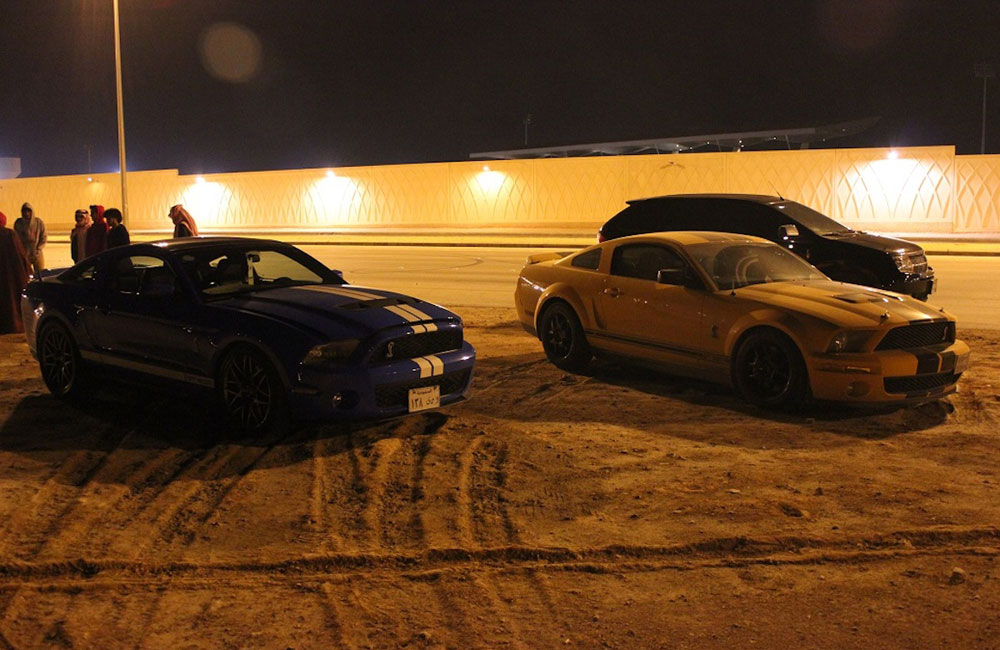 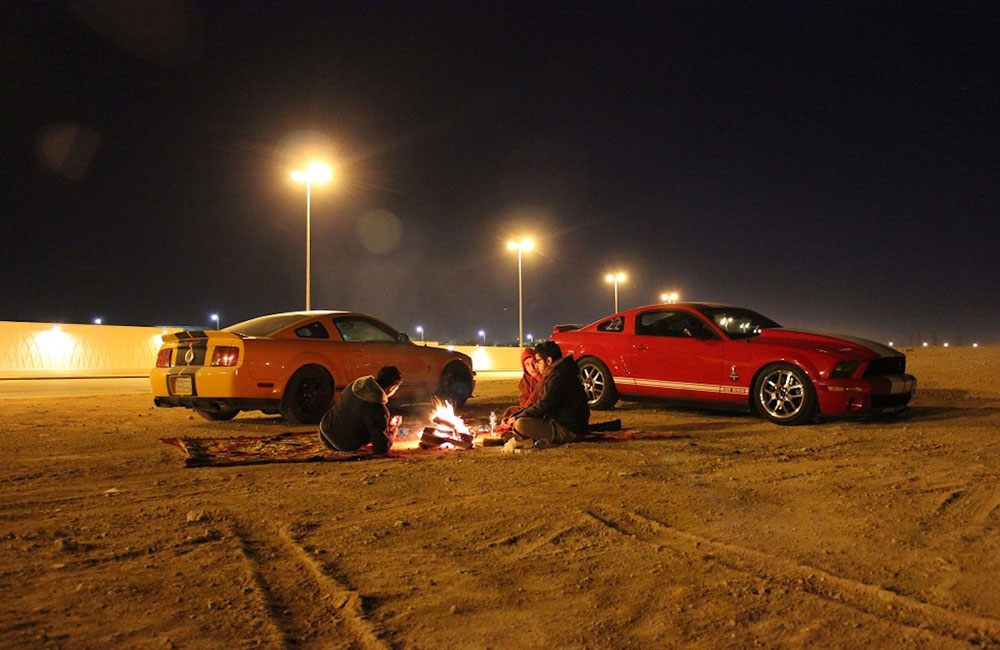 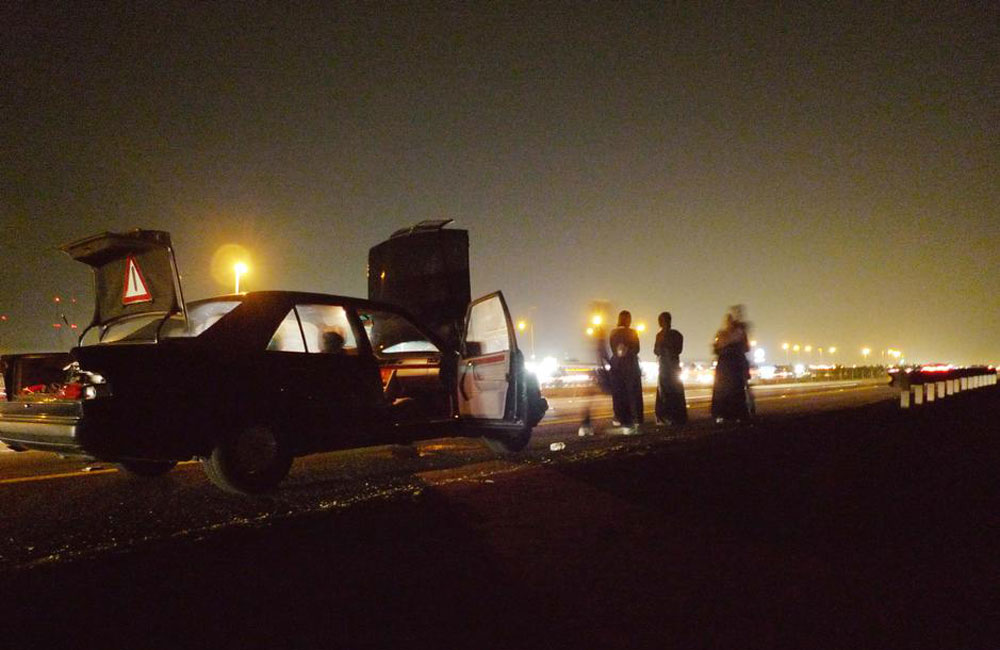 But Saudi Arabia is also a desert country with cheap fuel and endless desserts. Therefore you can imagine that car is passionate sports for many young men.

Thus leads to a huge demand of sports cars and the legendary American muscle cars that are often picture in the country`s capitol, Riyadh. In fact, all over this vast and desert country all kinds of used, new and vintage cars can be seen scattered around. Thanks to low price of fuel no taxes makes owning a US muscle car not only attractive but also a logical way of living for an average Saudi men and their car culture.

Our host is Ahmed Khader from UK (Arabic origin), and his tuned modern Mustang. He is followed by his team with a new Mustang GTs with Coyote’s Engine and Shelby Gt 500s. One of these cars is called “Time Machine” and under the hood it has 1 000 HP, GT500 which makes this beast one of the quickest cars (street legal) in the Saudi Arabia.

Ahmed and his friends have some kind of a daily schedule of going outside of Riyadh, and try out their attractive vehicles in drag races. In the twilight hours of the day, outside of Riyadh, some people stay, others go away, but the most important thing is that the challengers are arriving. And the case we are describing, they come with a brand new Camaro. These are Ahmed`s rival and challengers. The race is down the highway by the desert for a 1/4 mile and the two muscle cars hit the road. After a few minutes, Mustang is coming back and the Camaro was gone after it lost the race. Afterwards, friends are going into the local tea shop to relax and to tell their stories about this night`s experiences.

One of the things that are actually a problem for many Saudi car lovers are small number technicians and shops they can use for the modifications and other technical necessities on the cars. Thus leads to every kinds of experimentations that often ends up with not so great results. The lack of experience does its thing.
But never the last, the car culture is still booming. Every day ships fulfilled with muscle cars are arriving from Asia, Europe and America. Our friend Khalid, now owns a shop named “Torque Speed Automotive”, who had developed string relations with many US manufacturers and suppliers. This way Khalid`s shop is getting needed support for receiving parts and all of the essential technical support. Thanks to this, Ahmed got it a lot much easier and now are able to have a car shop where they can solve most of their problems, tune their cars etc.

And even though things are moving forward, it still does not mean that problems for the Saudi car enthusiasts are gone. There are still lots of other issues that are about to be resolved, but in the same time, there are many cool things. For example, whilst in the US street motorsport is glorified and portrayed as a lot of fun and a little danger, in real life things are not exactly like that, but very dangerous and on the edge of law.