How would you react if your car was damaged because of a dealership mistake? Taking great care of your car is something important and something that can extend the lifetime of the car for quite awhile. But sometimes no matter how much we take care of our car, mistakes can happen and damage can be caused not by our fault. Hereby we check out this short video in which we see the significant damage caused to the bumper of this BOSS 302 by a dealership mistake.  So this guy took his car to the mechanics for a repair and when the car was finished and he was supposed to take it, he was absolutely stunned when he noticed the damage caused to the front bumper. 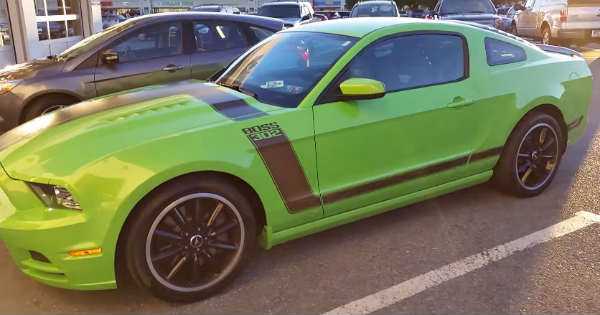 It was obviously damaged and it hit something. But none of this would have been a big of a deal if the dealership had not accused the man that it was his fault. He decided to take video of the damage and it can be clearly seen. The bent is visible and the repair must be expensive hence the whole front bumper has to be taken off and repainted. Even though at first for this dealership mistake the owner was accused, after couple of days they confessed that it was their fault and they fixed his car and paid him off.

This makes us believe that there is still some humanity left in the people, even though it might not seen like this at first. What do you think, what would your reaction be if you see your car being damaged after you take it from the dealership?

Do you have problems with your dealership? Here is what to do if you have mistakes in your contract!