The Cummins Mini is something you might have heard of, but I wouldn`t count on it. 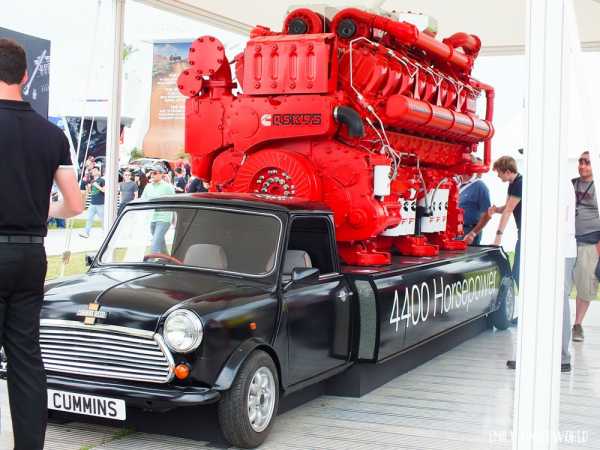 You see, it`s not your regular engine. Instead, this is a 95 liter (yes, you read that right!), 4400BHP engine which is designed to keep any locomotives, marine vessels, mine trucks or power generation units moving at all costs and at all times. You`d think this engine would be a huge polluter, but you`d be wrong – this engine meets the US Tier 4 final emissions regulations, which is considered incredibly low.

It basically emits as much material dangerous to the environment as a bus that`s Euro 6 certified – so it`s basically harmless, even if it`s gigantic. Basically, this thing has all the nooks and crannies of regular environmental control for normal engines, but on a much bigger scale.

When compared to regular huge vehicles, the Cummins Mini delivers as much torque as 16 trucks, buses or excavators, and since every single cylinder (the thing has 16 of them) has a mind-blowing capacity of 5.9 liters, the sheer power that this thing produces is hard to imagine.

However, we need to get one thing straight – as impressive as the Cummins Mini is, it will never run. It doesn`t have a transmission, an exhaust system, no fuel tank and no cooling system, which renders it a big hunk of metal.

It`s basically an art installation for mechanics, but that doesn`t mean that it`s less impressive – if this engine was attached to everything that it needed, it would be about the size of a Cummins 40 foot exhibition trailer, according to the communications director of Cummins.

Before you go, check out the drifting show performed by this powerful Dodge Ram 2500 Cummins!