You have most certainly been in a situation where you did not know what to choose, whether to buy a Cheap Tools set or go for the more expensive tools. This all time dilemma will never end hence every man has its own opinion and experienced tools in a different way. After watching the following video you might learn something when it comes to comparing these two types of tools hence this man puts to the test wrenches that he purchased from Amazon. The cheap one was just $5 whereas the expensive one was $36. Ever at first glance there is a big difference in the quality of the material. 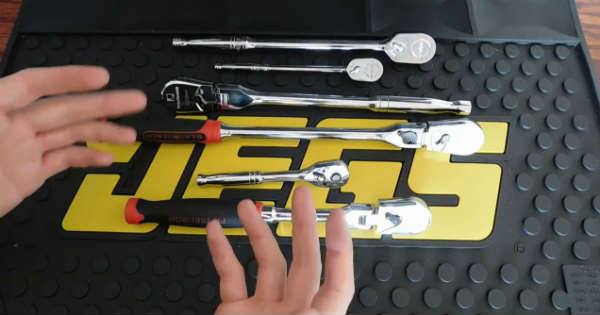 The expensive one is done with much more precision too. But appearance-wise nothing can be said apart from this and it is time for the real tests. First up he is testing how much force both wrenches can take before finally breaking. He secured a piece of metal in the wrench and puts both of the cheap tools and expensive tools on the top. Then he takes a metal bar and pushes them.

They seem to hold up just fine so it is time for the flexing test i.e. whether the wrenches are going to break while unscrewing a stuck bolt. Eventually both of them snap, but the expensive one seems to hold up better and much greater force was required to break it. To conclude, buying an expensive tool means that you will not have to buy new one every couple of months, thus eventually you will save money!