BMW M3 E46 racing a Nissan GTR is definitely a sight to behold. Now, just like the famous German Autobahn where people can go flat out without any speed limits, the Germans also have a popular race track. This racing track we are talking about is the infamous Nürburgring or also dubbed “The Green Hell”. It`s the perfect race track to drive your car flat out around the technically demanding circuit. Having said this, you got to pack some serious driving skills in order to master Nürburgring`s demanding corners. Fortunately for this M3 driver, he has both the skill and the machinery to enjoy Nürburgring at its fullest. 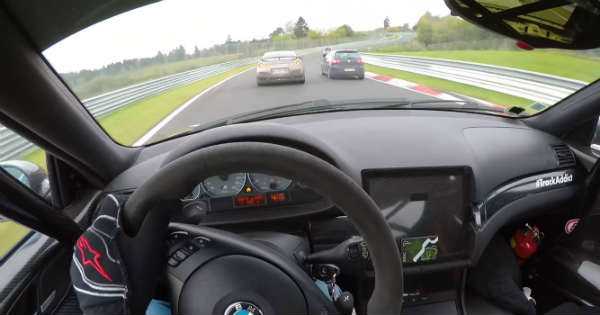 To make things even more intense, he`s racing a Nissan GTR which also packs a lot of power. However, the Nissan GTR definitely packs a bit more power as you can notice it`s easily pulling away from the M3 on the straights. We also suspect that the GTR is a bit modified and not fully stocked. The M3 driver usually manages to close the gap in the corners but the Nissan always makes up the lost time on the straights.