There are couples of car manufacturing companies in the world that never fail to impress us no matter what or no matter when. All of their models are pristine and supper expensive, and more importantly, they are stunningly fast. Though some of you might have already heard, but McLaren is launching their latest beast to the amazing legacy of super fast cars, the McLaren P15. Even though we have all recently been amazed by their super rare and ridiculously fast McLaren P1, they claim that this Project P15 is actually going to be the fastest car they have ever made. 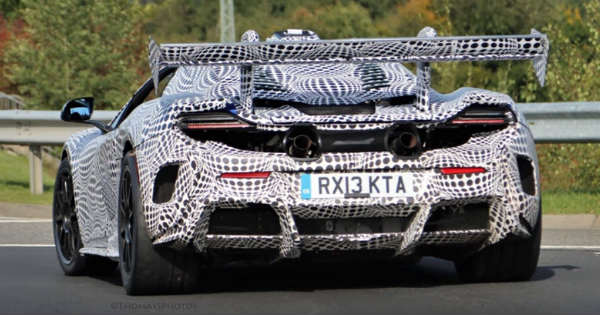 Though we do not have any other information about the car, you get the chance to take a sneak peak of how the car looks as it was spotted somewhere in Nurburgring. It does actually look amazing and like it came from the future. Luckily this hyper car is actually going to be legal to be driven out in the streets so you do not have to worry about it.

This is going to be the latest McLaren project of the many we have recently seen and it is going to also beat the three- seat monster, the McLaren Project BP23. This extreme and, as they claim, the fastest car is going to sacrifice its daily drive capability in the sake of offering and unforgettable performance and speed, unlike any other hyper car you have seen so far.

What do you think, how good is actually this McLaren P15 going to be?