It was just the first day of the DIMS (Dubai International Motor Show) 2017 and the staggering 5K HP Devel Sixteen car was unveiled. This time a newer version that makes us wonder: Is it possible for a car to have 5,000 Horsepower?! The creator of the BEAST has its aims to reach 300 miles per hour with this car and we are “afraid” they might be serious! Once the Devel Sixteen car is tested, those will be the numbers – the manufacturers say. This will bring the car the World`s fastest car title! Much is being discussed over the Sevel`s engine. 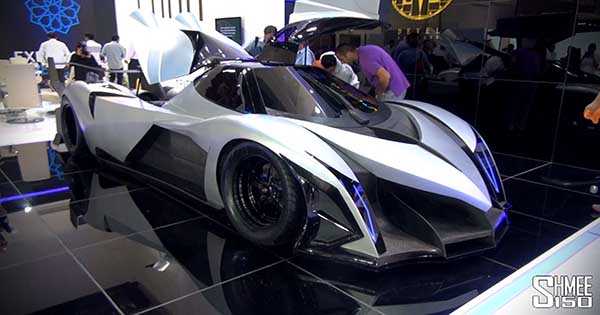 To make it clearer, The Agera RS which is the world record holder since November this year, managed to reach 277.9 mph which was more than enough to get to the top! Recently, there was a video released by the motor manufacturers. It was a real beast of an engine – 81 mm quad turbo V16 12.3 L motor. The DYNO was not lying when it showed 5,000 horsepower and the roaring sound was a proof for itself! However, the car in this form WILL NOT be street legal as it is more of a dragster.

If the company wants one of these on the roads, they will have to develop another version which will be safer for the streets. Moreover, the video shows the Devel Sixty off roader as well. A giant beast with six wheels that just looks scary! Without further ado, get to the video below and enjoy!

At last, here is how it all looked in 2013 at the Dubai Motor Show!