There have been some amazing concept cars ever since couple of decades ago. People have always had the idea that we are the ones who should make something amazing, something that the world has not seen so far. This was surely the thing when the Devel Sixteen concept car with a V16 Engine and 5,000HP was first announced couple of years ago. The world went completely crazy about it hence they knew that the car is something special. But, no word was heard about it ever since, up until now. Dubai is the place where money is no problem, hereby, the designer of the Devel Sixteen had no problem about that, hence he was from there. 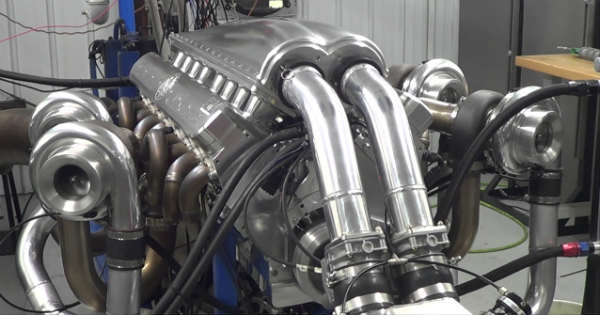 It is said that the car is going to have its comeback on November 14, at a Dubai Motor show. But what do the numbers say about this car, why is this car so special and one of a kind? Well, as the name says, the Devil Sixteen is going to have a V16 engine that is able to produce whooping 5,000 HP! Yes, that is right!

This beast is going to be one of the fastest cars that the world has ever seen. The engine also features quad turbos. This being said, the Devel Sixteen is going to be some serious challenger to the Hennessey Venom as being the car to over reach 300 mph.

The engine makes some serious sound and cannot wait to see it in action installed in the Devel Sixteen!