We are sure that all of you like to do a little peak inside of the supercars world. Just to see what they have to offer and how powerful they are and how much joy can they bring to the driver. We have witnessed so far that the supercar owners do not really pull the maximum out of their wheelie beasts. Ferrari owners rarely take them out on the highway to test their speed, as they spend most time making it look pretty. Horsepower seems to come second. But how about that Devel Sixteen Supercar?! 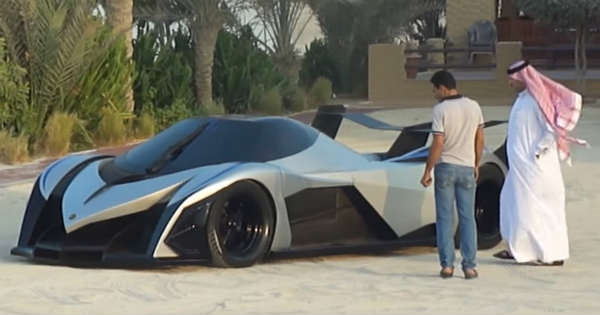 It was last spotted in Dubai, and knowing this one`s engine boosts up to 5000 HP, we doubt that its owner neglects them. The Devil Sixteen Supercar, however, was created to be one of the legends of this kind of cars. Its final goal is to surpass every car of the World!

The 5,000 horsepower engine, is not there to be shined but to be exploited. Many argue that the body shape is hideous, especially when compared to the Ford GT which is seen in the footage right next to the Devel Sixteen supercar.

However, the car is all about POWER, not looks.

To see the best supercars of 2016, follow this link.