The world of the automobile industry has seen some amazing creations these past couple of years, creations which every car collector would love to own. But, it is not as simple as it sounds hence one car might cost well over a million of dollars. One such car that is a collector`s item is surely the Koenigsegg Agera RS that looks absolutely awesome. But despite its amazing look, this car officially became the world`s fastest car just recently. Yes, that is right. The TOP SPEED RECORD has been broken, the record which many though that it cannot be improved any time soon. 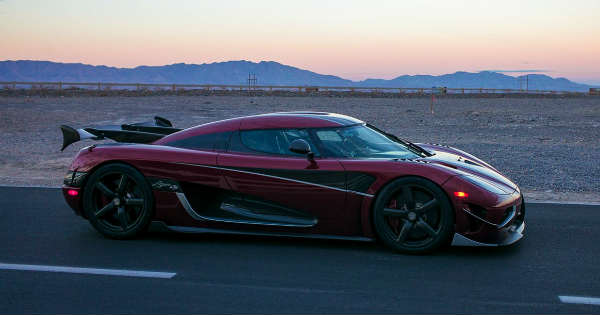 Yesterday it was announced that Koenigsegg is shutting down the 11 mile stretch of the Nevada highway i.e. between Las Vegas and Pahrump due to attempt to break a world speed record. It managed to do so. The Agera RS achieved to keep an average speed of 277.9mp/h on a two way road.

This meant that the world`s fastest car was whooping 12 miles per hour faster than the Bugatti Veyron Super Sport and 7 miles per hour faster than the 270.49mp/h record set by the Hennessey Venom. The Agera RS was driven by their factory driver, Niklas Lilja, something that was announced on their Twitter account. Even though it was not officially confirmed, but the Agera RS reached a top speed of whooping 291mp/h during that run.

What do you think, is there going to be any other car soon that is going to improve this TOP SPEED RECORD?