Every year, the gearhead world descends upon the Specialty Equipment Market Association Show (SEMA) which is annually held in Las Vegas. During this event, the whole city is transformed into one insane presentation of modified aftermarket cars. Usually, the result is wacky, odd, and awesome vehicles that you can`t see at any other show. Specialty tuners and car manufacturers deliver the craziest and coolest modified vehicles in their arsenal. The highly anticipated 2016 SEMA Show Las Vegas is finally upon us, starting from November 1st and wrapping up in November 4th. We are more than happy to announce, that yet again, MuscleCarsZone.com takes part in the renowned automotive event and has the honor to be chosen as an official judge. 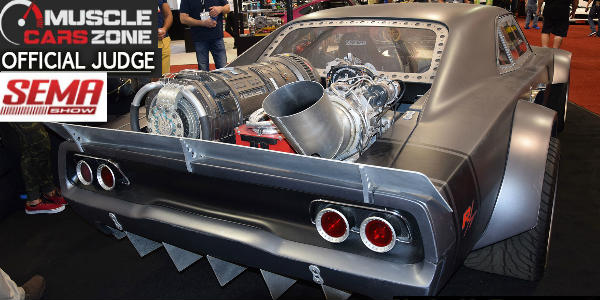 First and foremost, we owe and dedicate this feat to you fellow gearheads who were supporting us all this time. Without you, none of this would be possible. While being here, we are going to grind it out and try to provide you with as much material as possible. Be hyped for many pictures, videos and stories from the 2016 SEMA show Las Vegas which is the mecca of all things automotive. What is the focal point of this year`s eminent event? The Las Vegas convention will be filled with insane builds and awesome new components. Undoubtedly, there will also be some fantastical, weird and unique creations that are bound to bring new trends in the automotive world.

At the 2016 SEMA Show Las Vegas, we expect to see some great production models as well. Production models that are the joint effort of car manufacturers and the greatest modifiers. As always, the biggest presence is from American car makers. However, this year we will also be able to see foreign manufacturers from the likes of BMW and Hyundai (among others) making a substantial appearance. So, stay tuned with musclecarzone.com and buckle up for the awesome ride known as SEMA. During these 4 days, you will find the rich exclusive material right under this article which will be constantly updated. Enjoy!