It is everyone`s dream to own a car that is extremely rare, expensive or is currently regarded as a classic. But we all know that owning a classic car in pristine condition is impossible these days. You have to restore it perfection or you would simply have to accept the fact that many people owned it before you. But, things might be different for this 1987 Buick GNX Grand National. Believe or not, this 30 years old car is still waiting for its first ever owner at the Buick dealership. 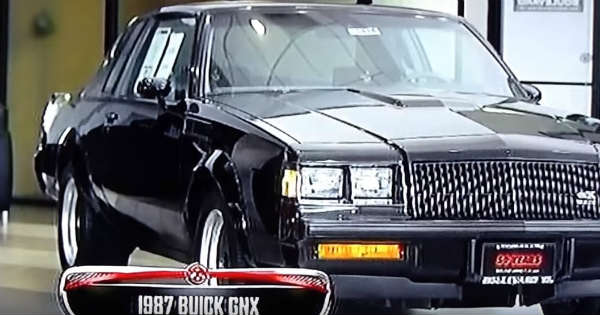 The car was never purchased and it has never been register, meaning that if you buy it, you are going to be an utterly unique driver of a Grand National in a pristine condition, unlike any other classic car so far. Jay Leno pays a visit to the Buick dealership where this car is located to learn something more about it, to learn the story behind it and why this car has not been sold so far.

For those of you who are not familiar with the numbers behind this car, the Buick GNX Grand National can go from 0 to 60 in just 6 seconds, which was enabled by the furious engine that can produce up to 276 HP. The car indeed looks brand new and there is nothing bad about it, something that can be considered as a flaw.

If you want to know more, make sure to check out the full video!