For years and years the US car manufacturers have produced some amazing cars. Most of them will be remembered as classics and this new wave of super cars is going head to head with other well-known brands. But one name pops out in everyone`s minds when you think of an US classic and that is none other than the Buick Grand National. For years and years Buick has been the odd one in the General Motors family. But besides all these problems that Buick was facing with, it still managed to produce one of the most recognizable muscle cars ever, the Buick Grand National. 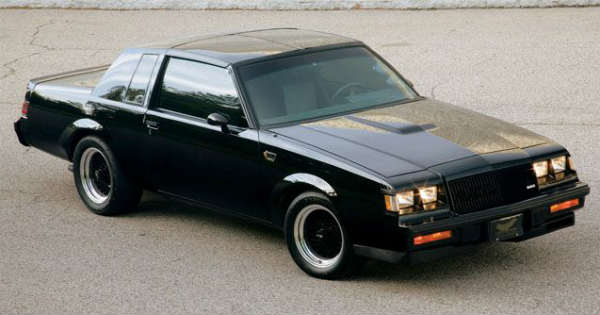 It was made in limited quantity thus making this piece of history a must have for every car collector out there. It went head to head on the drag track as underdog, but still managed to beat some other mighty beasts.

It the 80s from the Buick production line came out underpowered vehicles with V6 engines. Shortly after they thought that it was time to change all that and introduced the Buick Grand National. It was first made in the year of 1982 and came with a naturally aspirated V6 engine which produced whooping 125 HP. They also made other 35 such cars with a turbo charged engine that bumped the HP to 175. As years passed by, the Buick Grand National got stronger, faster and improved in every single way that it was possible. What do you think; could this be one of the US muscle car greats?