Back in the days cars used to be made rather exclusively, so to say, and some of the cars that appeared in the period of the 70s and 80s has some utterly amazing function that were way ahead of its time such as this 1971 Opel GT who had an absolutely brilliant functionality. This can be easily seen in the video that is actually just 10 seconds long but it is more than enough to get the idea behind it. As we mentioned, car manufacturers were in a constant struggle to come up with new ideas connected to their car, ideas that will grab the customer`s attention and make them buy their latest model. 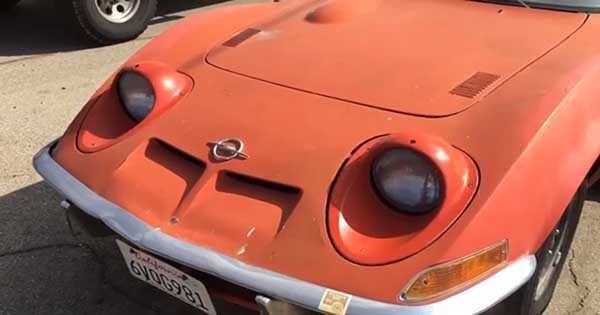 But we are not talking about a cruise control or a crash avoiding system, instead, we are talking about the rotating headlights on this 1971 Opel GT. Despite being one really amazing and beautiful car, a car that can be recognized by literary anyone, it had an absolutely amazing feature that was very much brand new back in 1971. The headlights were rotating 180 degrees i.e. half a turn. This meant that whenever you want your headlights to be sticking out from the car, all you had to do is to pull the lever on the inside and they turned nicely and smoothly.