Among the many restomod Eleanor and Mustangs, Sullivan`s 1965 Ford Mustang Fastback is the one that attracts the most attention.  Sullivan was the creator of several cars back in the past, among which are the many Holdens, the Chevy Impala and the 1969 Pontiac. When we are saying he created them we really do mean it!

Located on the verge between Australia`s two largest cities, Mark`s  real estate`s are composed of vast variety of garages, very similar to something that belongs to Whos Tardis.  As you enter the space, you shall notice the pile of `70 Holdens, Mark`s latest purchase the `60 Cadillac, a VW Beetle waiting to be repainted and another handful of projects waiting to be started and completed. 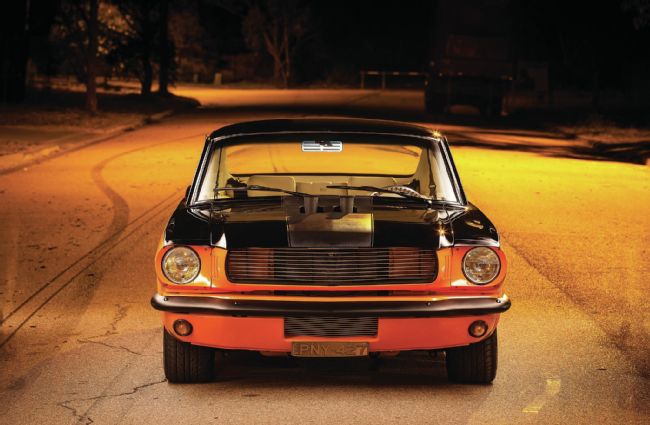 The 1965 Ford Mustang Fastback deletion of the billet radiator grilles and the roof louvers were probably the most visible change of Sullivan`s fastback. The modifications didn`t stop here. Some very awesome 20×10 inch alloy rims were added as well as much more details making the body look astonishing. If you go on a little further, you shall notice the incredible work done on the fabrication. 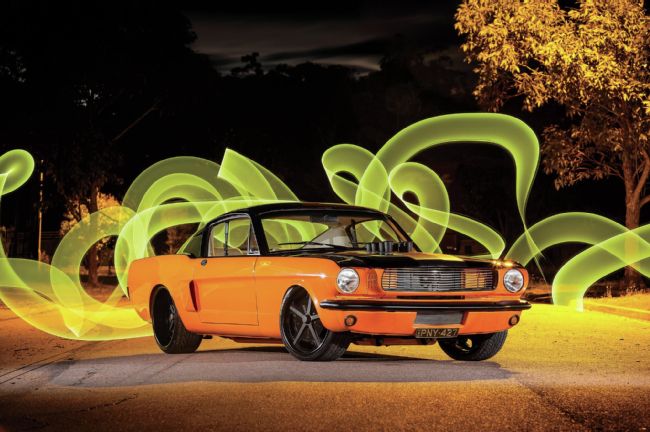 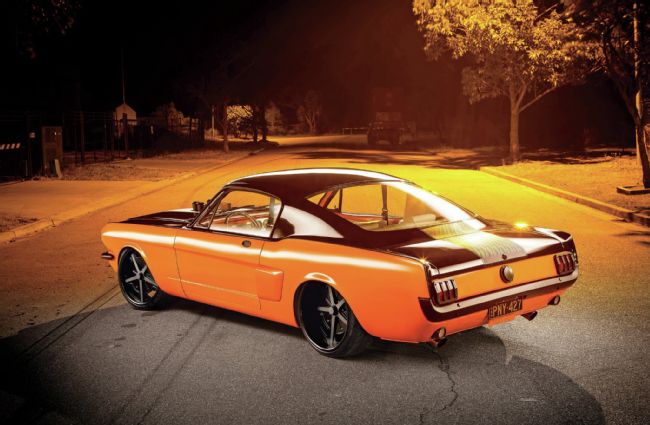 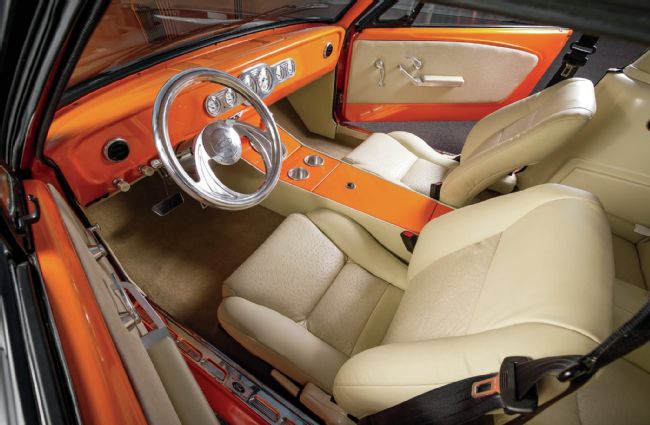 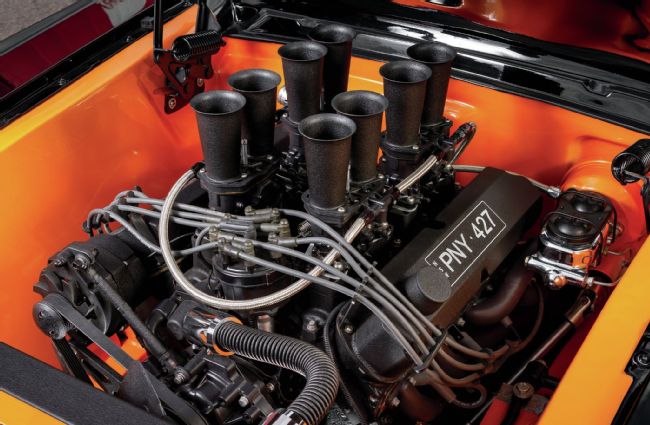 This was something that Mark did in order to place the massive tires and enhance the two doors handling which was in fact forty-nine years old. At all four corners Helix coilovers are being mounted, and a MacDonald Brothers 4 link set assists the rearend to hold up together, with a nine inch between the rear wheels using 31 spline Moser axles and  4.11:1 gears.

Some amazing Honda buckets were added up at the front, along with the things that weren`t covered in the pale leather sprayed in  PPG orange as the outside. As the dash was smoothed off, Mark featured many gauges from Auto Meter placed on the billet instrument fascia. The very same theme is noticeable throughout the middle of the coupe as the custom made center console which includes a custom surround for the Quicksilver shifter as well as drink holders.

If you want to have such a vehicle, these are for sale!