Sometimes, it looks like a car clamp won`t do that much. This angry was attending an audition for a reality TV Show called Bad Girls Club located in Houston. This show features seven rough women in a huge mansion for whole three months. 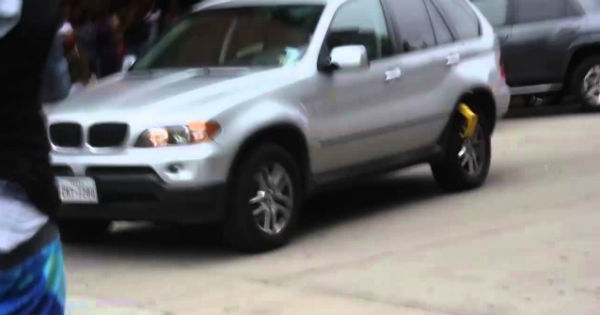 The angry motorist was identified as Chicquita Washington. When she came out of the building where the audition was held, she encountered a police officer fitting a tire lock on her BMW X5. Nevertheless, she decided to not let that prevent her from driving off. You would suspect this crazy move to completely ruin the expensive car. However, you will be totally surprised by the outcome. What happened next was completely unexpected.

We think that this here proves that Washington is rough enough to be on the show. Whatever the case may be, she delivers the easiest way to remove a car clamp right here. We don`t advise you to do this of course.

Moreover, heard of these girls stealing cars in Hollywood?