The car industry has been living its prime time these couple of years and car manufacturing is getting better than ever. Their focus nowadays is primarily super cars, though we must not forget about the economic daily drives. In the following video we will take a look at two very special super cars i.e. the super powerful twin turbo Dodge Viper and the mighty ZR1 C6. And we do not just see them being parked on a parking lot or somewhere else; moreover, we see these cars in action unlike any you have seen so far. 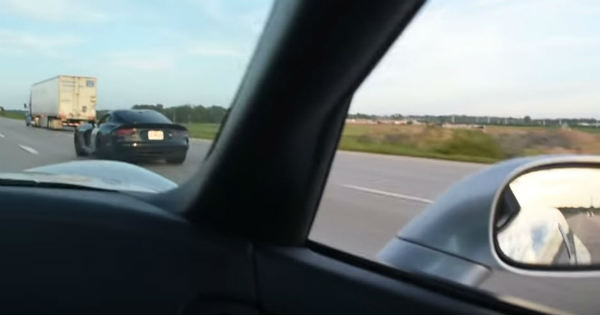 Though the video is fairly short, it is still enough for us to see how a race between the twin turbo Dodge Viper and the ZR1 C6 looks like in the middle of a highway.

The video starts with the man who is in the ZR1 filming the situation with his phone. On the other side we see the other beast, the twin turbo Dodge Viper, and from what can be seen from the video, they challenged each other for a race. Just as they countdown to zero, the Viper can be seen launching itself on the highway, leaving behind the ZR1 C6.

Though the C6 has staggering 800 HP, it is still not enough to catch up with the Viper. This certainly proves just why this car is considered as one of the fastest super cars ever made. What do you think, who would win if they race on the drag track?