We live in a cruel world where people talk just about anything that comes to their mind without even thinking if it is right or wrong, and those people get a life lesson from this trucker guy they will never forget. 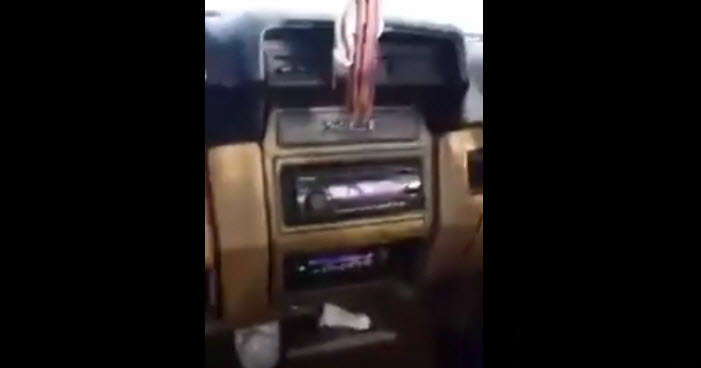 Being bullied or harassed all the time could turn out to be a serious problem for the victim. Yet there are some which do not care so much about that and mind their own business. But what happens when these people eventually simply explode? Their patience has worn out and that is exactly when they have to say something. Namely, this trucker guy was constantly picked up on because he was still driving an old truck. Everybody was saying that he should get a new one.

He managed to control himself for a long time but then decided that it was time to teach these people a lesson they will never forget. He shot a short video inside the truck. He said that he had something to give to the people and that it was somewhere in the dash. He eventually opened it and there were hundreds and hundreds of dollars.

He continued on looking for “the thing” but this was a clever way to show everyone that he is in fact capable of affording a new truck but he simply does not want to. That is why we should not judge people by what they own or how they look. What do you think; did he teach those people a lesson?

Finally, read some facts on bullying in America!