Coming across fail videos these days is something very common and we see them on daily basis. There are some fails which are not so dangerous and life threatening towards the human that is involved, whereas on the other hand there are some that will make us puke and say OUCH. Hereby, in the following video we see what it looks like when a Red Bull super athlete, by the name of Bailey Paine, gets hit by chromed speeding Audi R8. Yes, this had actually happened and it was posted on Instagram just some time ago. 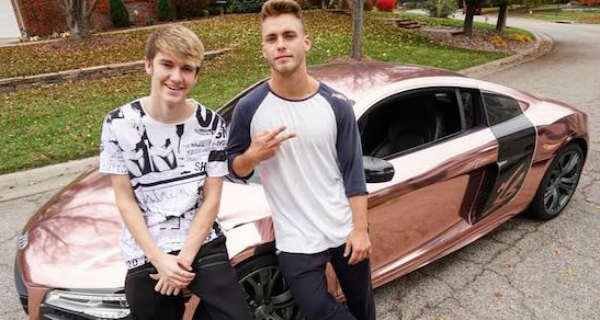 Even though we are all aware that accidents can happen and they will happen if we not pay attention to the situation and if we not take care of ourselves, this accident is something that should have been avoided nonetheless. Namely, Bailey Paine was doing some back flips, it is what he does on daily basis hence he has been training that throughout his whole life.

In fact, he was supposed to just over the chrome plated Audi R8 while doing a flip, but things gone very wrong. The car was going so fast and he did not have enough time to reached, which resulted in Paine being launched in mid air and his shoes flying off as well. Hereby, we should all take good care of us and it is probably the best if you do not put your life to risk.

What do you think about this little accident with the speeding Audi that could have ended much worse?

Accidents do happen, I was lucky to walk away from this stunt with some bruises on my right leg with some swelling but nothing to serious🙏🏽 by far one of the most INSANE things I’ve ever done in my entire life😱 🚨YOUTUBE LINK IN MY BIO!!!🚨 #audir8 #luxury #fail #gothitbyacar #baileypayne #goodvibes #badtiming #tricking #tumbling #parkour #freerunning #rosegold #kansas #tagafriend #views #lifestyle #stunts #gotbeatup @tannerbraungardt @jackthepayne @domitrick . . 📽: @jackthepayne . .