Tyrese Gibson vs. The Rock – the conflict continues! Most of us already know that celebrities often tend to fall into conflicts with other celebrities. It seems that it became a sort of a trend to make videos in which they exchange each other words and hereby we take a look at this one in which The Rock says some tough words to his former fellow friend Tyrese Gibson. He said that his latest album was absolutely “dog shit” and it was the worst song he had heard in years. 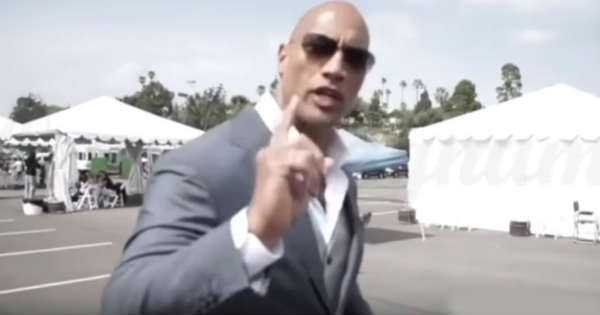 The Rock says that he had just heard the new song in the trailer and it is indeed something really, really bad. But Tyese Gibson was not keeping quiet either and he made a video response to The Rock immediately after he saw the video. In his response, Gibson shows off his absolutely beautiful and expensive cars and says that he gave a car to The Rock with a turbo installed in it, which he did not have in his own car. But how did this situation happen and why they kept on saying these harsh words onto each other? Well, as most of you already know, a ninth franchise of the legendary Fast and Furious movie was announced to be made.

Then, all of a sudden it was said that The Rock was delaying the production for unknown reasons. His colleagues had different opinions and Tyrese Gibson was the bravest one of them all to say what he meant, thus this evolving into a complete conflict!

At last, have a look at the craziest celebrities feuds of all time.