The scariest type of accident that can happen while travelling anywhere is most certainly the ones while flying in a plane. The options are limited up in the sky and the pilots are the ones whom we must trust in order to save our lives. Despite the great progress in the plane industry and all of the safety measures taken in advance, accidents are at times inevitable, such as the massive Airbus A380-800 who lost his engine while flying over the Atlantic Ocean from Paris to Los Angeles. This is the worst case scenario hence the plane does not have any ground or airport near to make an emergency stop. 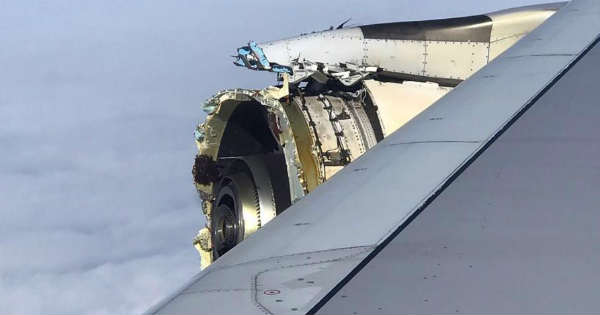 We get to see footage from the passengers inside the plane who took out their phones and tried to capture the moment. There is even footage from the same plane with registration F-HPJE from a man sitting in his car near the Goose Bay airport in Canada. He noticed that the plane was flying very low and managed to make a video. As passengers reported, a loud noise was heard and immediately after followed vibrations.

The flight AF-66 took off from Paris Charles De Gaulie in France and was supposed to land in Los Angeles, California, but this had never happened. The massive Airbus A380-800 was flying for two hours with a broken engine but luckily managed to land safely at the Goose Bay airport. All of the passengers felt a relief and were glad that the pilot was experienced enough to maneuver such type of flight!