It is truly amazing how far the world has gone in terms of technology. This one is a truly successful story about removing the wreck of the Baltic Ace car carrier, which sank on 5 December 2012. Having more than 1,400 Mitsubishi vehicles on board, it collided with a container ship near the Rotterdam port during a snow storm. It sank in just 15 minutes, taking the lives of 11 crew members. Immediately it became clear that the wreck puts the shipping in danger in this busy route. Therefore, the Dutch authorities had to do something about it. 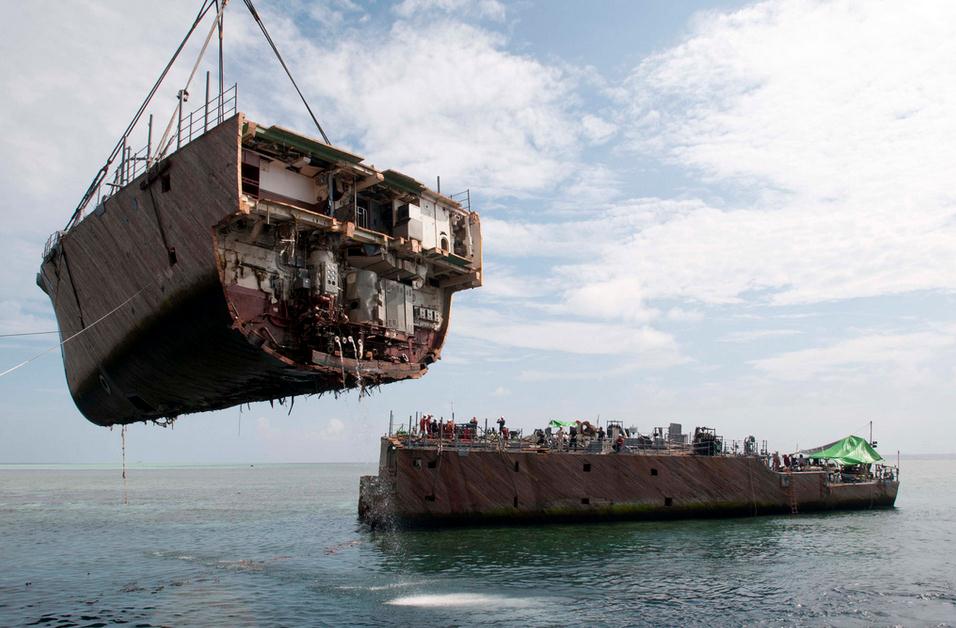 The Dutch Ministry of Infrastructure and the Environment chose Boskalis and its partner Mammoet Salvage to do the job of removing the wreck. Quality was of the highest value. The contractor provided three plans for the operation: the execution plan, a risk assessment and an environmental plan. Boskalis is an experienced firm when it comes to this sort of operations.

As a result of that, they were awarded the contract in March 2014. They were to remove the entire wreck of the Baltic Ace, its cargo and 456,000 liters of heavy fuel and lubricants, which also posed a major threat for the environment.

In the North Sea, it is possible to work only from March to October. Therefore, the process started in March 2014, with Boskalis being obliged to complete before the end of 2015. According to their estimations, the wreck removal would take two seasons.

They planned on removing the fuel in the first season in 2014, whereas the wreck removal from the seabed would take place in 2015. However, they managed to remove the oil and for the cargo lifting they had to cut holes in the ship`s hull. By October 2015 all operations were completed and the wreck removal of Baltic Ace was finally done with great success.

At last, click here to read an interesting story about WW2 ship wrecked near Cape Cod!