There are many awesome videos we have previously seen of some of the most amazing car engines being put to the test before they were installed in the car. Indeed, in some of those videos we have seen what true and genuine power really means, but what you are about to see in this video is something even way better, something that is going to make your blood boil and you are going to wish for more and more. Namely, we present you the runaway jet engine which is so powerful that it attempted to leave the shop, seriously! 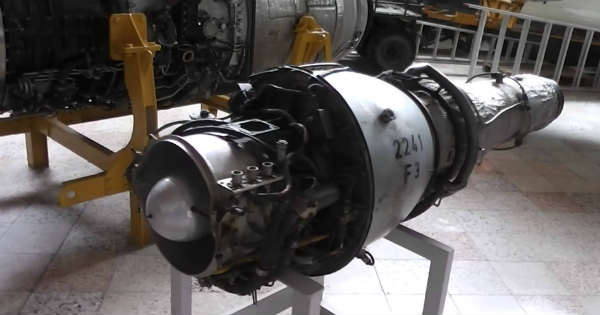 The man in this video decided to put his mighty jet engine to the test and make an awesome video at the same time. He turns his camera on, powers up the engine and then it is time for the real fun. The jet engine slowly but powerfully gains more and more power, and a huge cloud of smoke is seen coming out from the back.

Then the man pushes it to the limit. Luckily, the jet engine was placed on a stand that was secured in place using thick steel chain. The best part about the video is that for couple of times the engine is producing so much power that it basically jumps out from the stand. Fortunately, to make it even more stable and secure, the engine was also strapped on from the top.

What do you think, what could have happened if the jet engine was not secured in place?