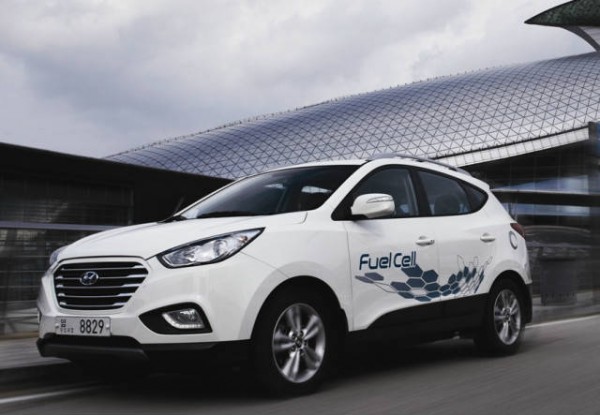 Hyundai received the Technology Award for the ix35 Fuel Cell at the prestigious “Royal Automobile Club” in London!

This technology award recognizes Hyundai`s commitment in the realization of the project for Fuel Cell Vehicle, as the first manufacturer to begin assembly line production of zero-emission vehicles. The biggest Korean carmaker plans to produce 1,000 units by 2015 with the focus on the public sector and private fleets.

Hyundai received the Technology Award for the ix35 Fuel Cell at the prestigious “Royal Automobile Club” in London.
Steve Moody, Fleet World Editor said the commercialisation of Fuel Cell cars has seemed to be a very long way in the future, but Hyundai has brought the reality a step closer to us.

Fleet director of Hyundai Motor UK, Martin Wilson said that Hyundai is honoured for the recognition by the “Fleet World” judges with this technology award. This company is a leader in the sustainable mobility with the production of the ix35 Fuel Cell.
Hyundai has recently joined the “London Hydrogen Partnership” (LHP) where it will help for the development of the fuel cell stations infrastructure.

“The Fleet World Honours” are presented every year to those car manufacturers, service companies and individuals who have achieved the highest level of excellence in their sector.

Ix35 Fuel Cell is Independent for 594 kilometers With a Single Charge!

Hyundai ix35 Fuel Cell accelerates from 0 to 100 km/h in 12.5 seconds and its top speed is 160 km/h. This car is independent for 594 kilometers with a single charge. Maybe the most important is that can be refueled with hydrogen in few minutes.