Can you believe that someone was Swapping 2JZ engine into a ROLLS ROYCE? Probably this is the first time someone did it, ever. 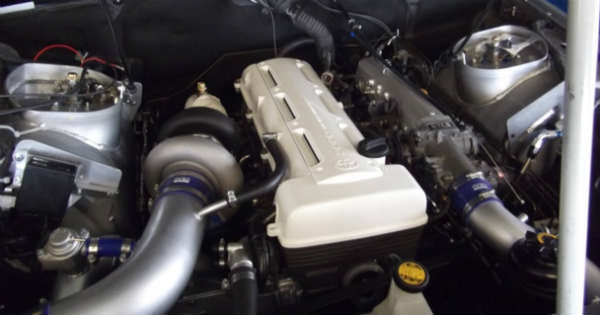 Just when we thoughts we have seen everything about the cars, tuning and custom touches, this guy made a very unexpected move probably in order to impress the automotive world. JDM lovers were probably dreaming about this for years, but no one had enough courage or enough money to do this. As you can see on the video below this guy actually took out the stock Rolls Royce engine and then dropped the famous 2JZ engine under the hood of this luxury and stylish ride.

Someone has finally done it… Just when we thought we have seen everything on the internet a mad man goes to insane measures to impress the world and create a vehicle that he had been dreaming about for years! Here we have the famous 2JZ engine from a Toyota Supra swapped into a Rolls Royce. The Rolls Royce is known for its luxury demeanor and relaxed mellow almost elitest styling makes it something at a level people dream of being at.

On the video below you can see some stats from the Dino Run of this Rolls-Royce Phantom with a  2JZ engine in Japan (3.0-liter inline 6 cylinder engine with 600hp on low boost and 900hp on high boost)

The stock engine of the Rolls-Royce was tired and the owner made a huge change… Do you think he did something totally new and different?