There are dozens of possible dangerous scenarios that might happen to our planet or in the city in which we live. Pollution and over crowded cities are just one of the major problems and each country develops its own strategy to stop this. Hereby we take a look at what Singapore is capable of doing just to prevent the road expansion. It is a major problem there as most of the land area has been already taken up by roads. This being said, people in Singapore are not going to be able to buy cars from February 2018. 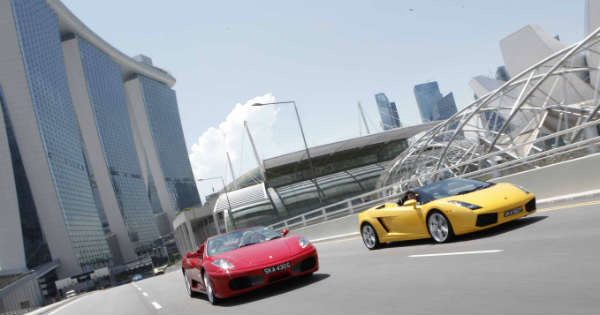 No matter how shocking this might sound, but the massive growth cap for all passenger motorcycles and cars is going to be cut from 0.25% per year to whooping 0%.  Even at this moment, Singapore is one of the most expensive places to purchase vehicle in the world. Due to the fact that 12% of Singapore is already taken up by it, road expansion simply must be stopped and the number of private cars should be lowered.

One must get a certificate of entitlement that is going to be valid for 10 years. There are also some quotas that are going to control the number of vehicles being sold each year as well as the number of vehicles on the road. Singapore is also going to invest massive amount of money on public transport system in order to help its citizens. What do you think about this amazing idea?

At last, click here to learn what’s being done for solving traffic problems in the US.

Singapore’s total land area is already taken up by roads and there is limited room for expansion. Know how the government aims to combat this #In2Minutes

Posted by The Logical Indian on Wednesday, October 25, 2017