We have made a great photo gallery of the greatest junk yard at Turner’s Auto Wrecking in Fresno, California, full of or sorts of interesting things…

It is a mind blowing fact that there is a such `treasure` where one can find all kinds of things in Turner’s Auto Wrecking in Fresno, California. And when we think that this place is not far at all from our residence, we have to a decision to go there and see with out own eyes what kind of treasures lies beneath this 100 acres of junk and barn field and of course, to make a photo session and show you in pictures what are we talking about.

First thing after the arrival that made an impression on us is that the place is simply big – 100 acres ain`t something to joke about! And as we could guess, the place also has a story and its owner Jerry Turner, who has been living here since 1932, is going to tell us.

His story begins with the house that he grew up that`s still there and certain –parts has been there since 1888. During the Grapes of Wrath era, his father worked the land and there he had a farm and when Jerry was only 7 years old, he bought him a Model T for $10. That was probably the positive breaking point as his passion for cars only started to grow since that moment. In 1961 Jerry decided to start auto wrecking business and in the following years, as the business started doing well, he purchased five other neighboring properties and expand his yard eve more. By the 90s, he was an owner of an airstrip running at the midst of his huge property. 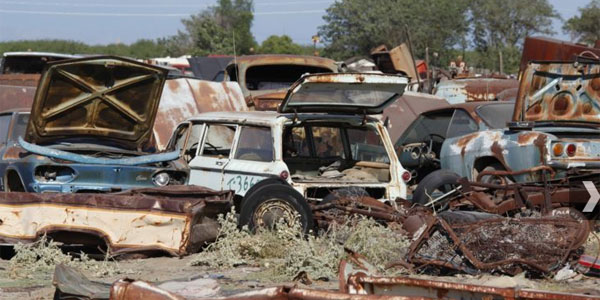 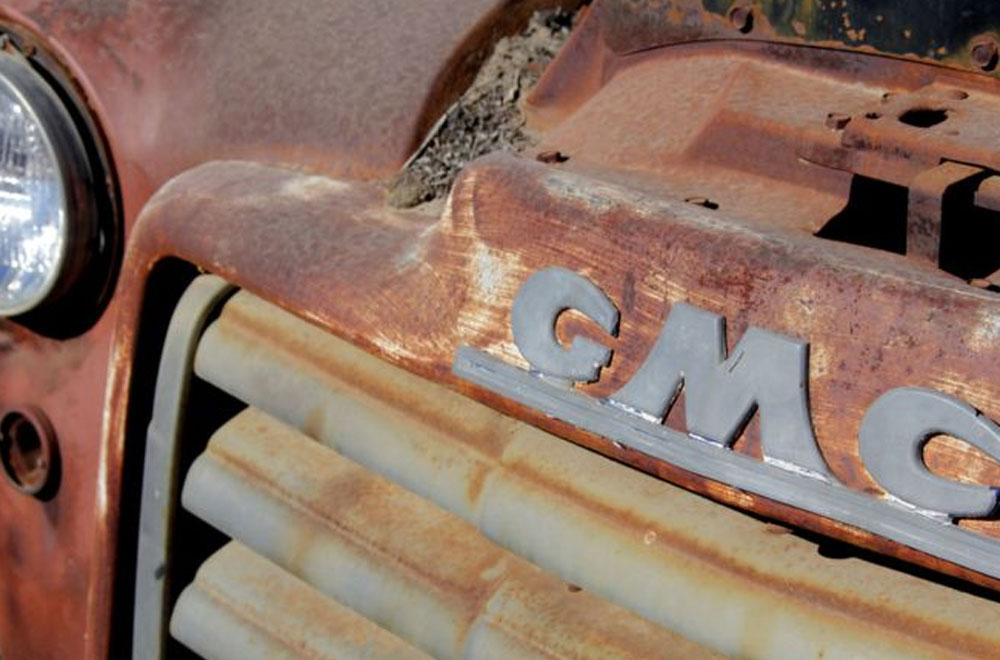 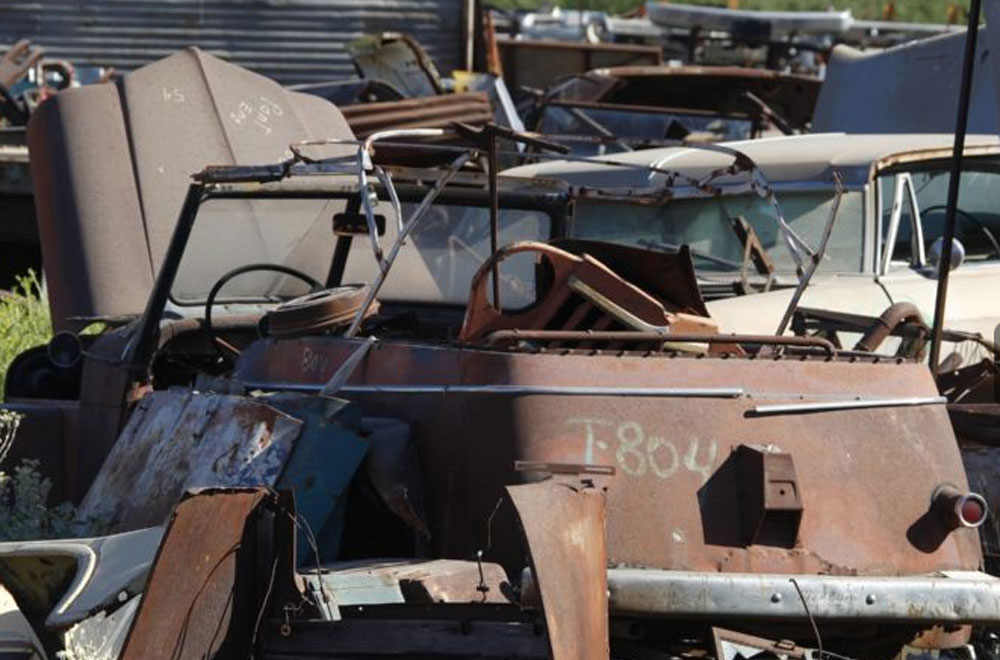 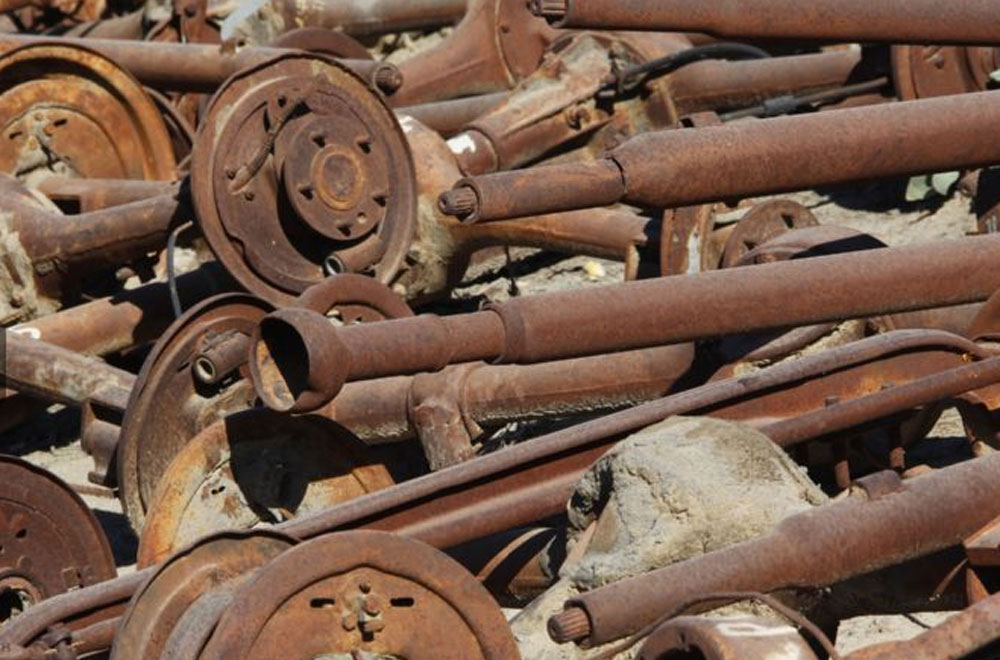 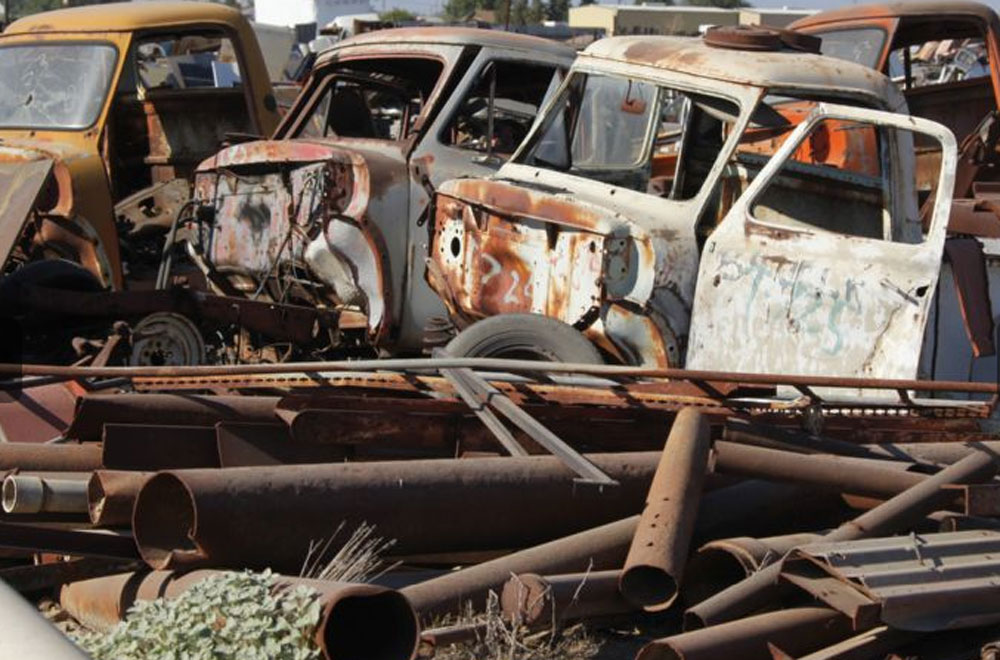 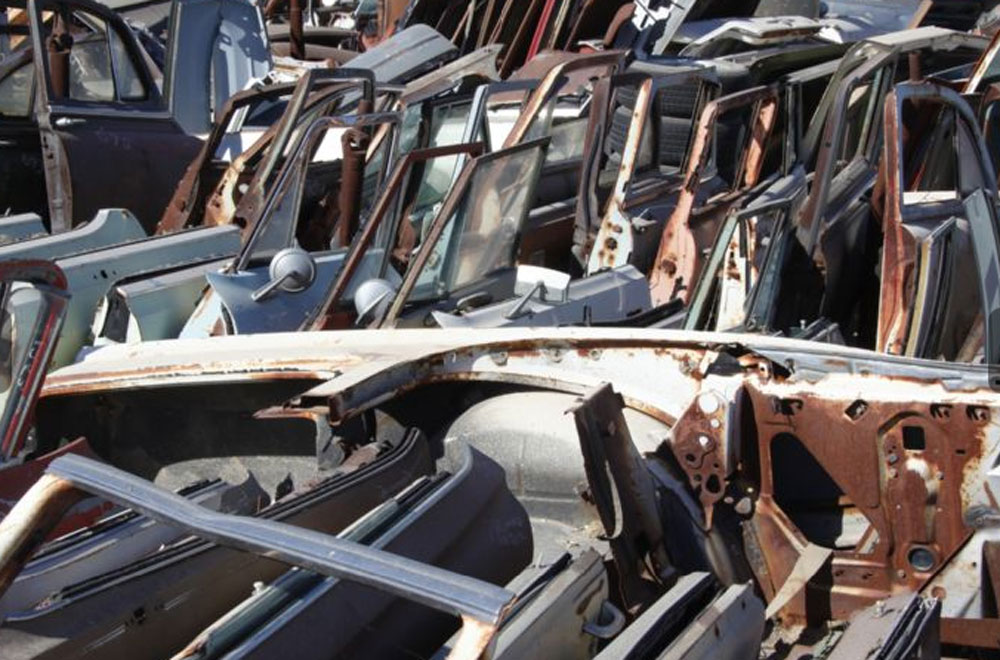 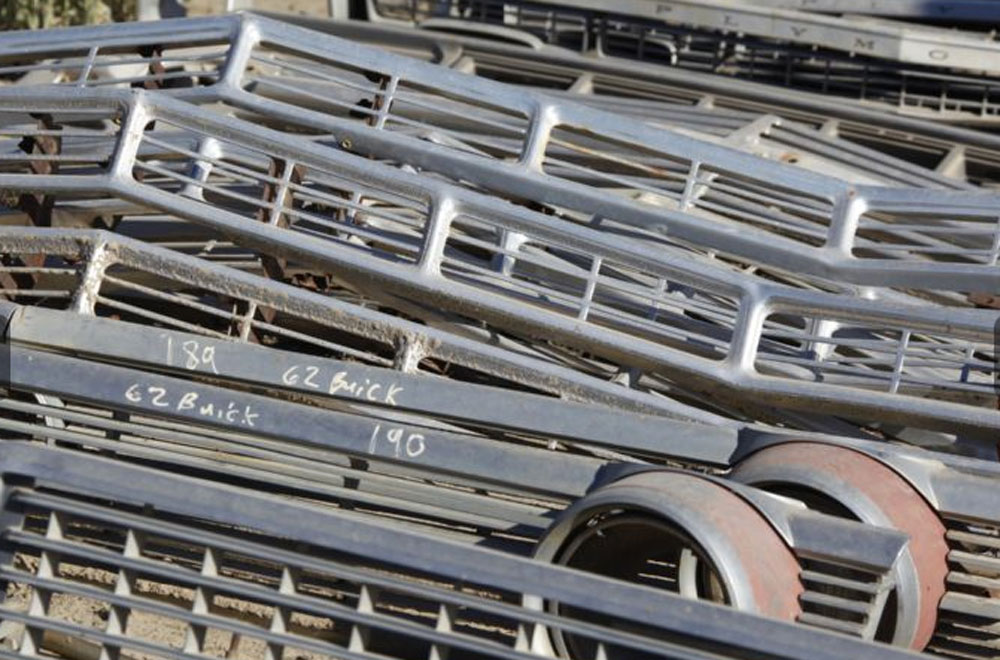 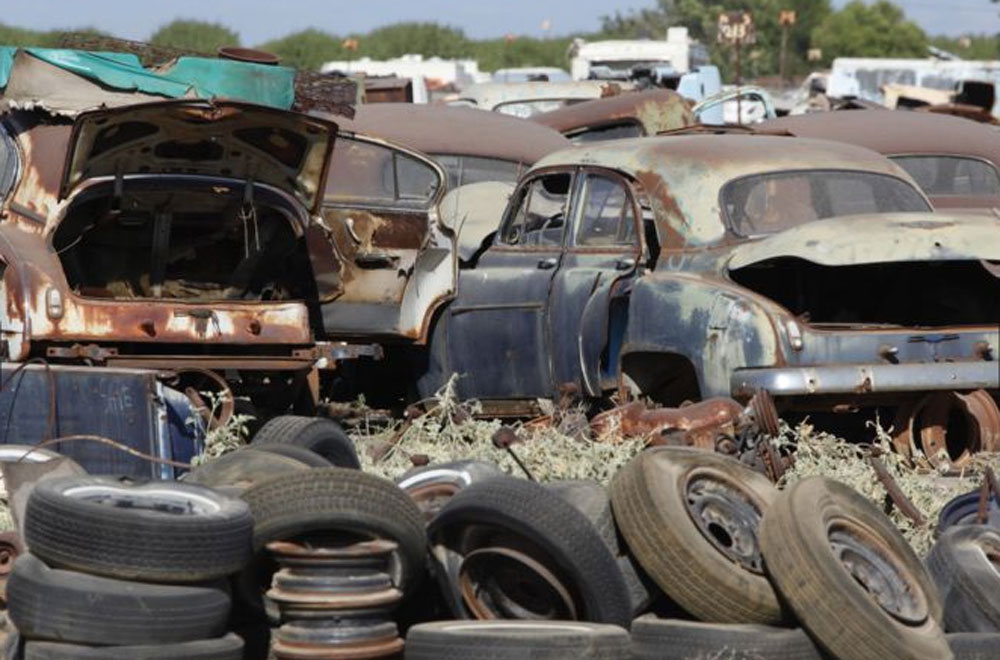 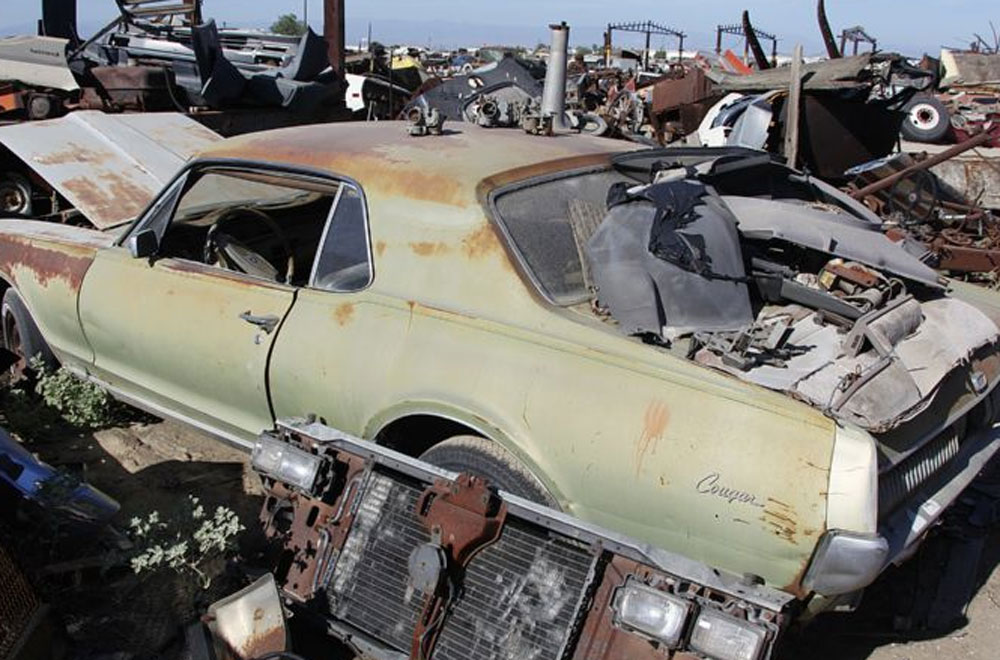 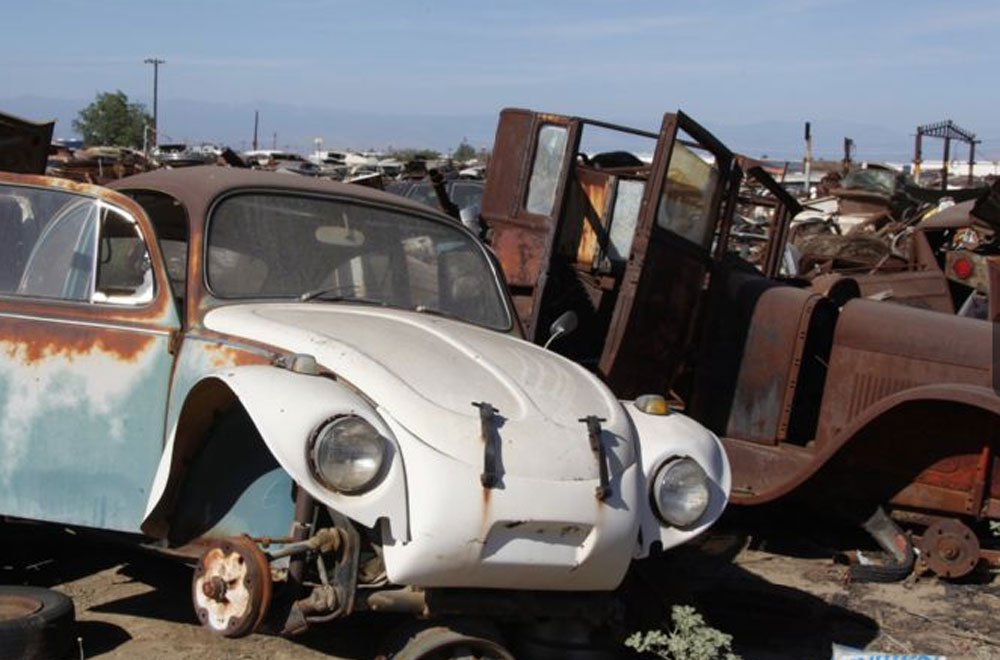 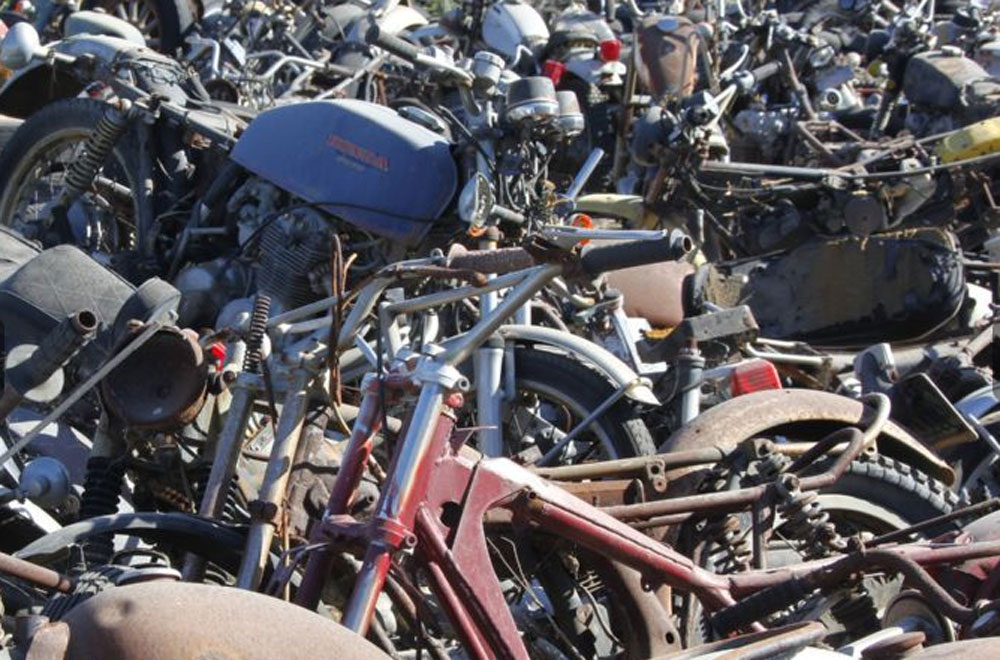 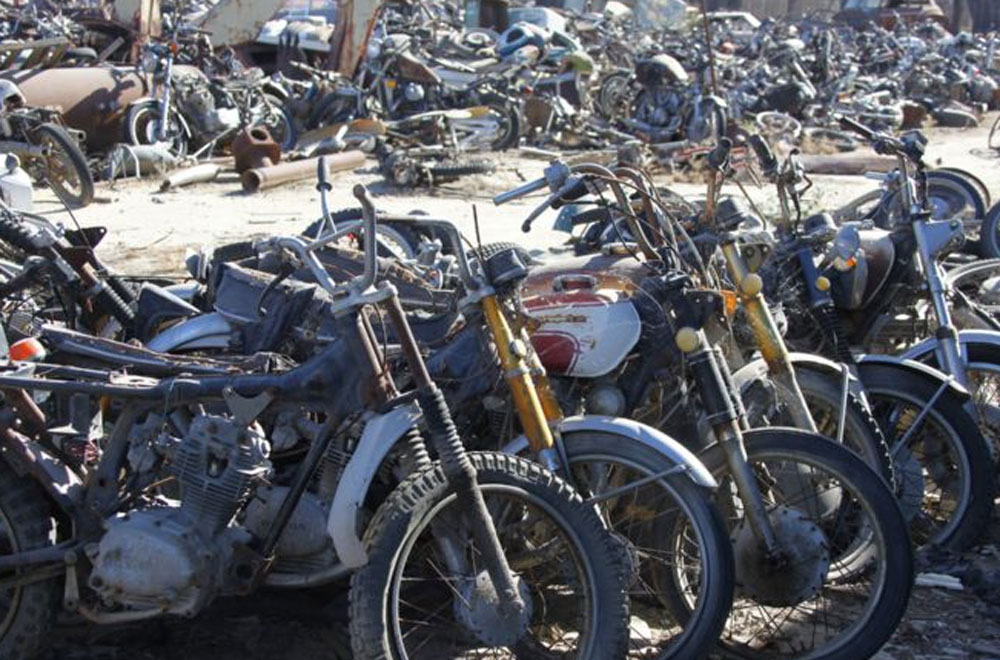 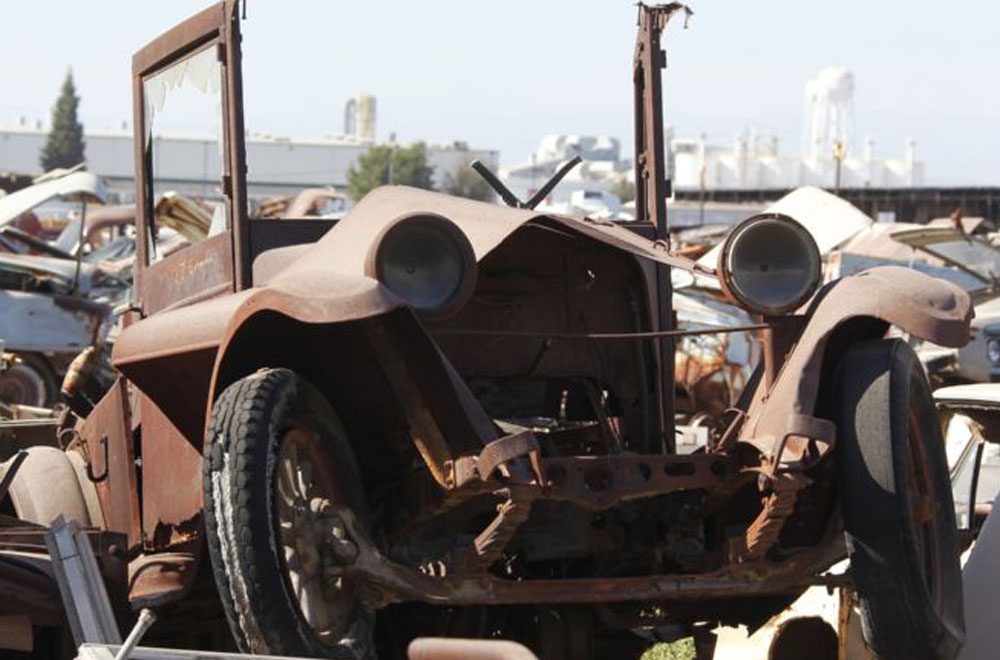 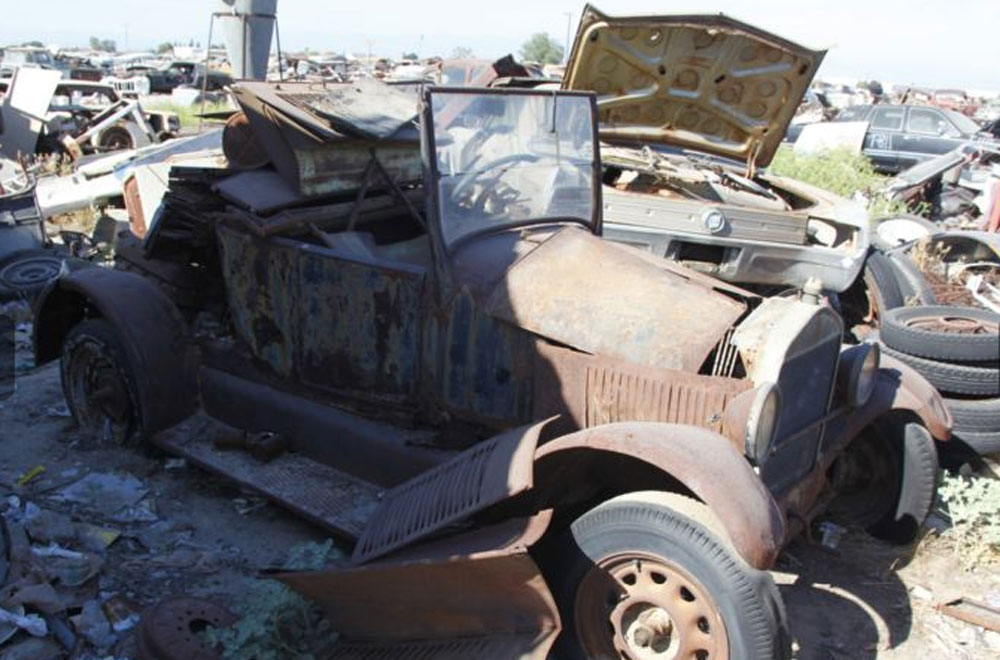 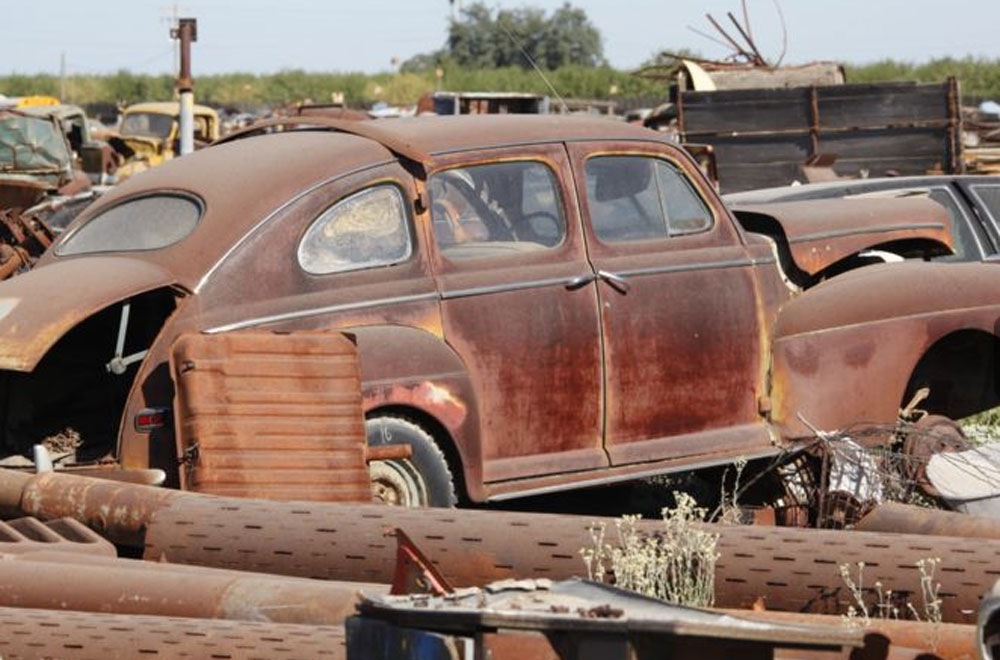 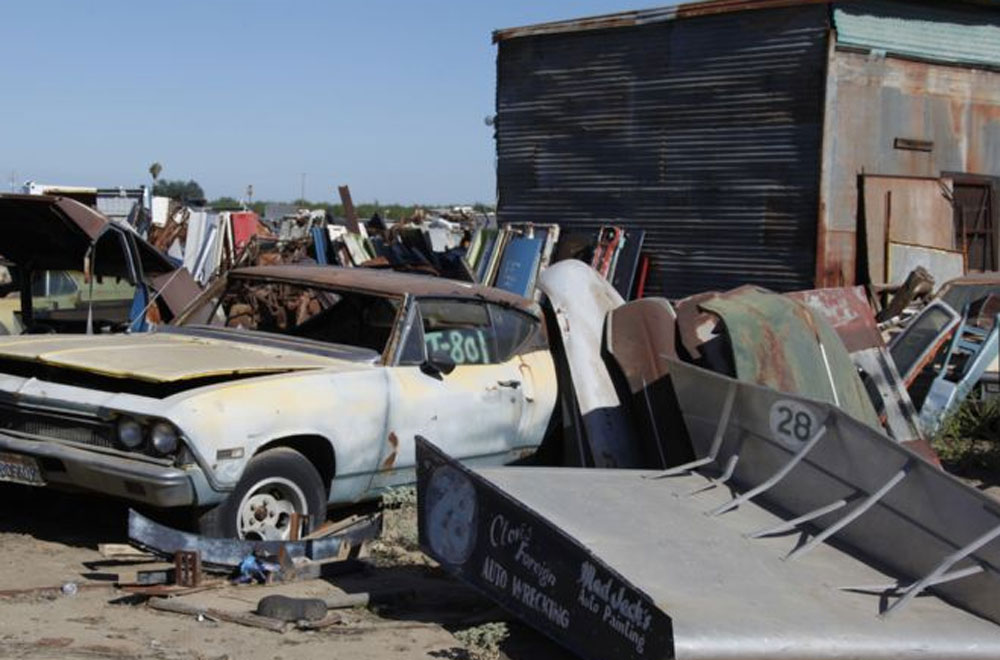 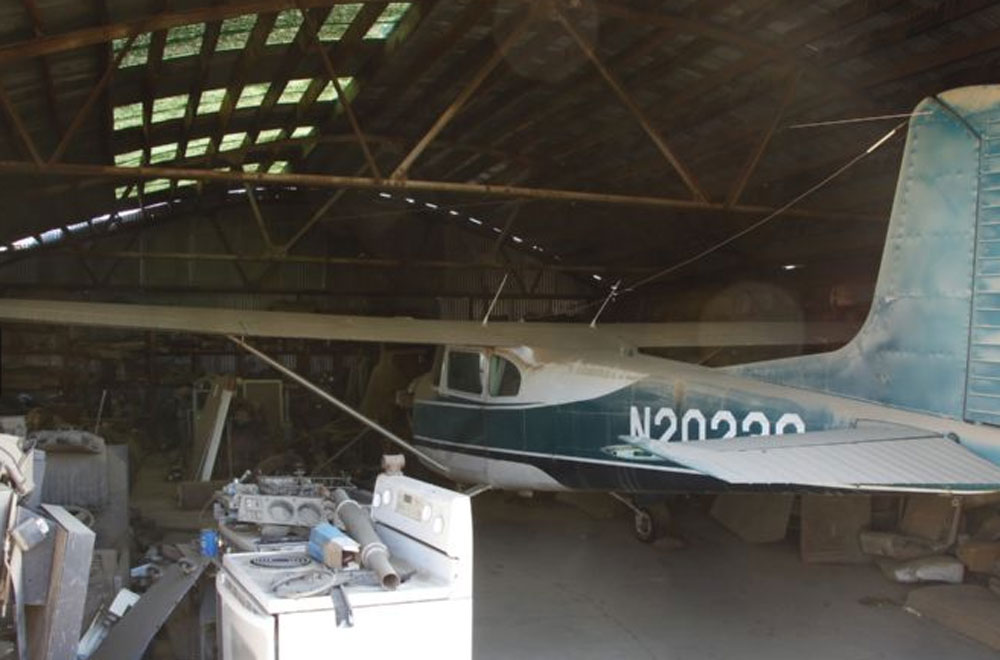 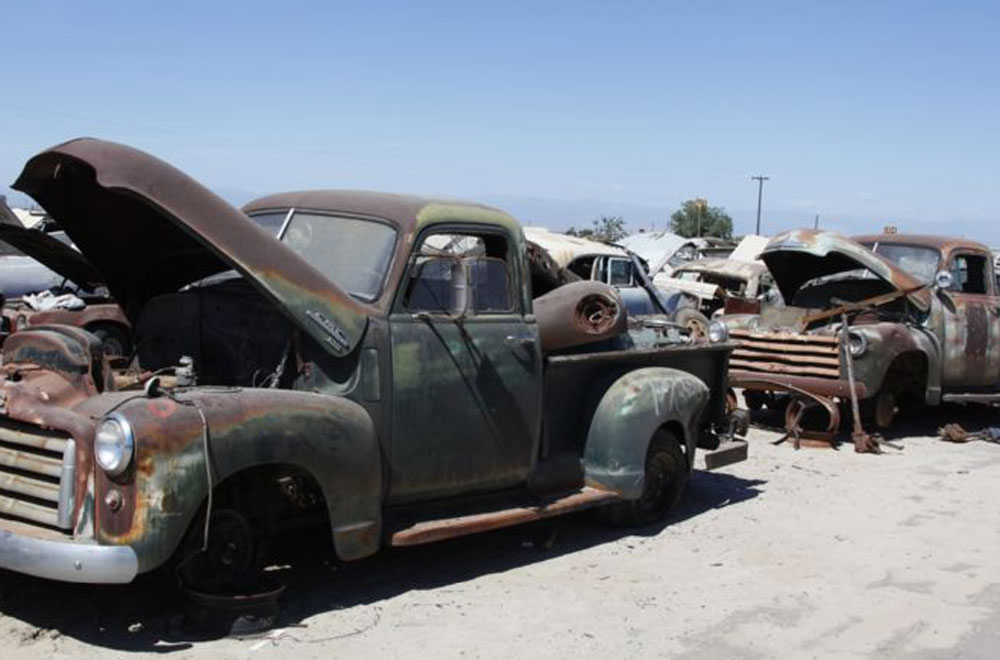 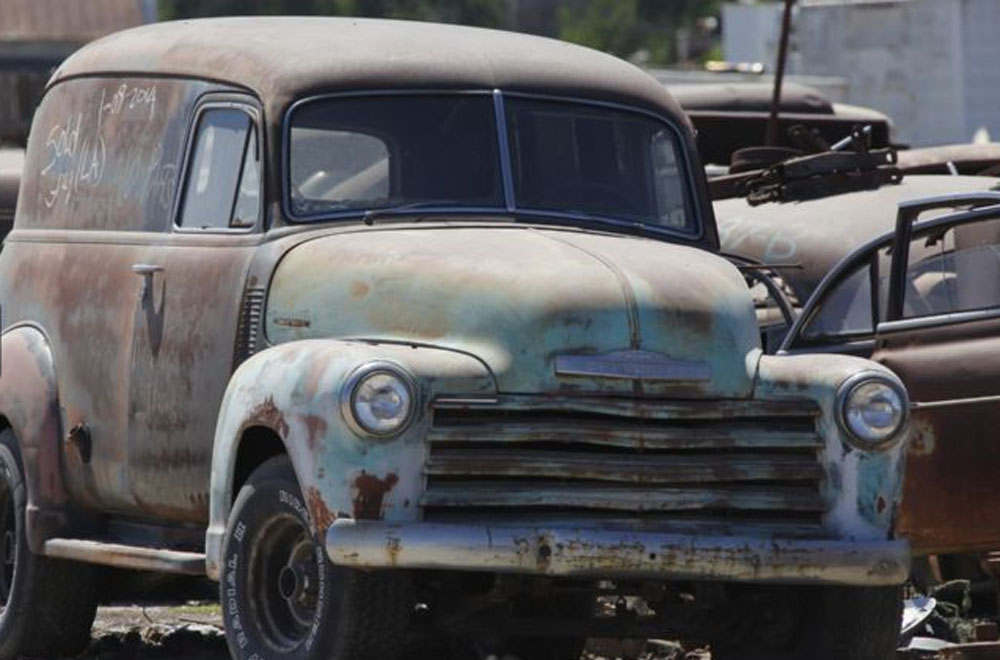 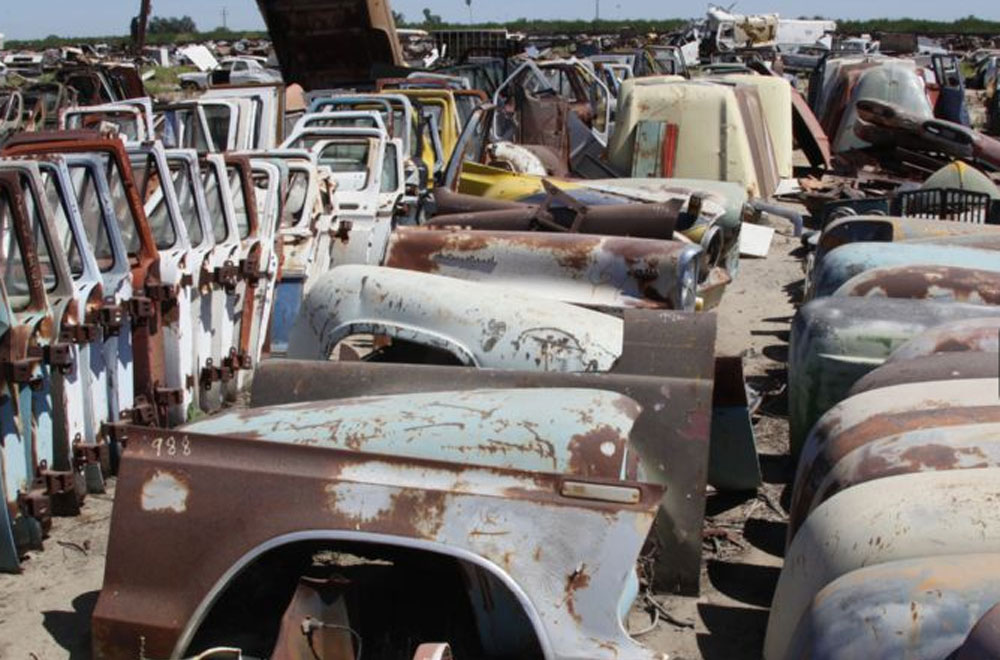 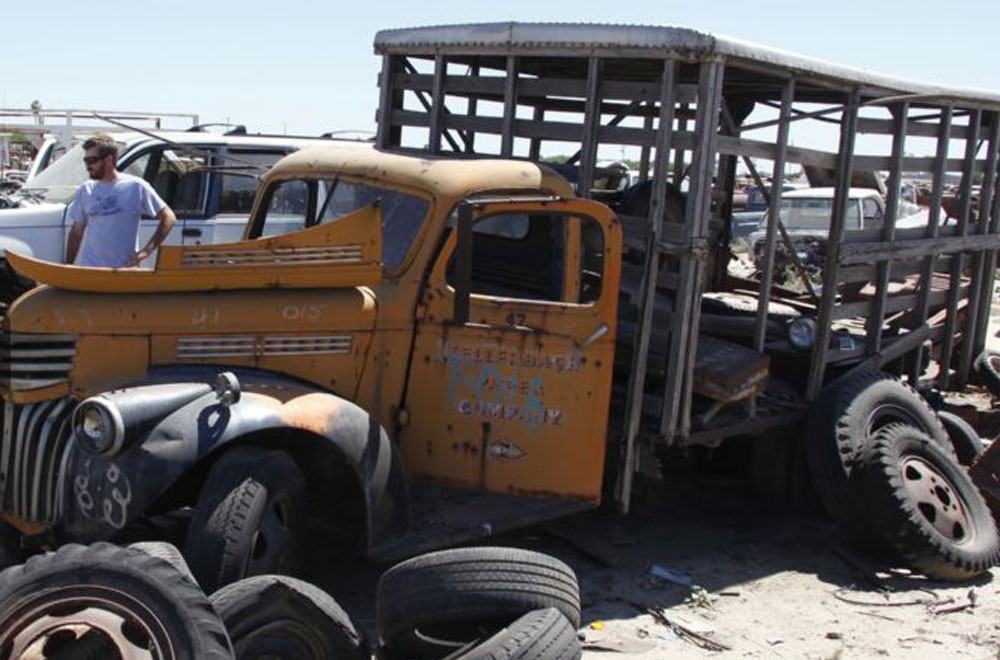 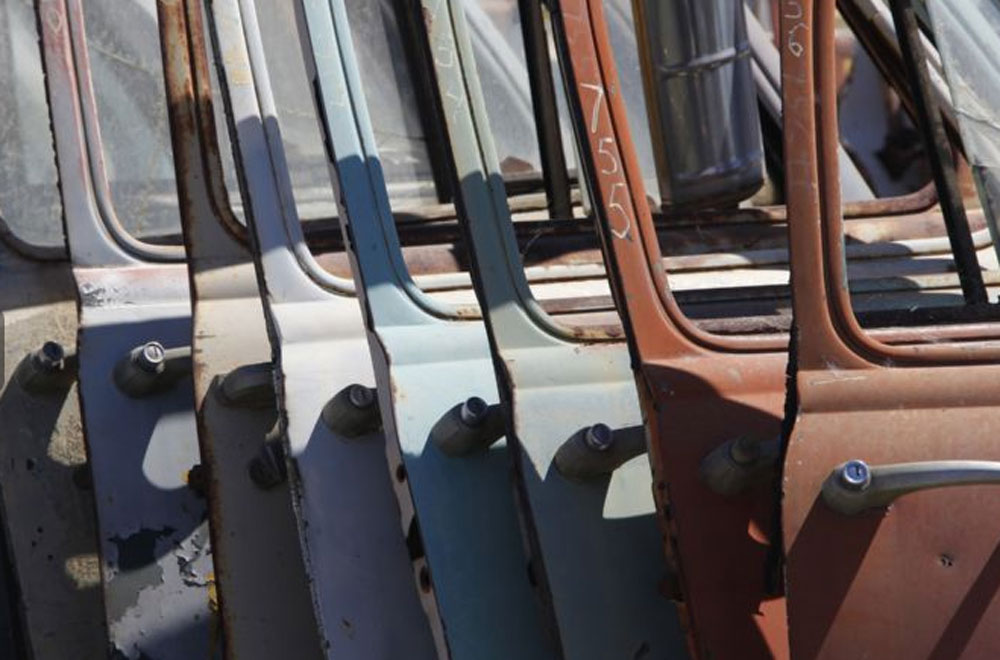 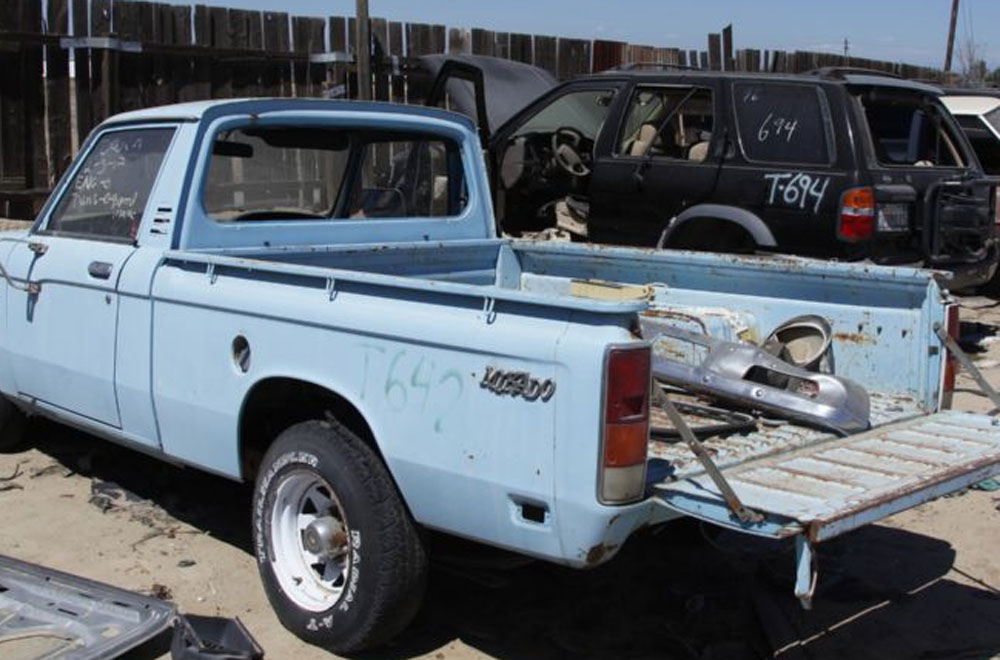 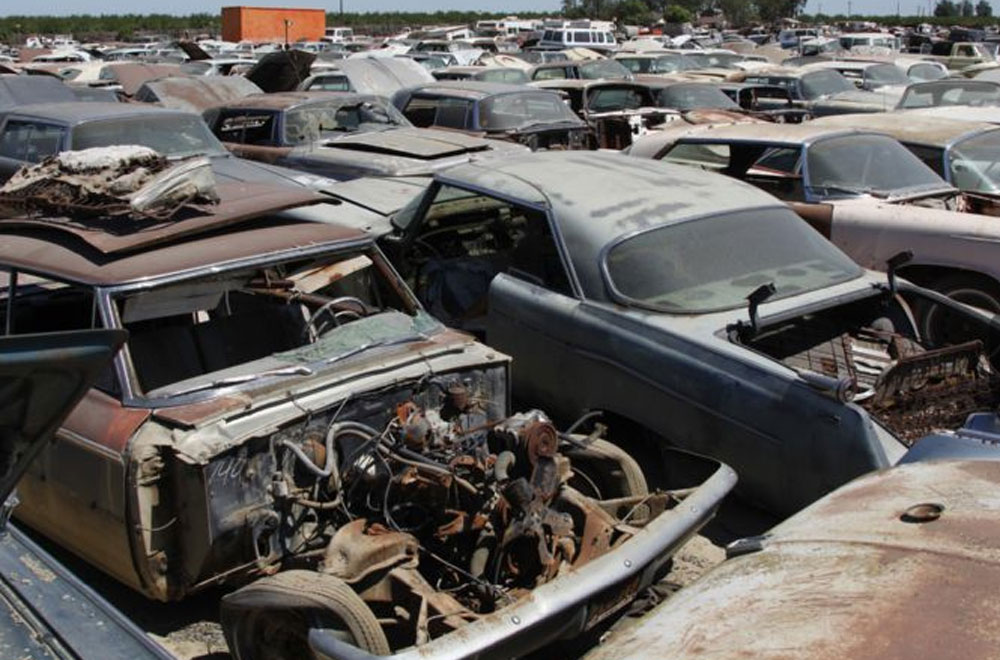 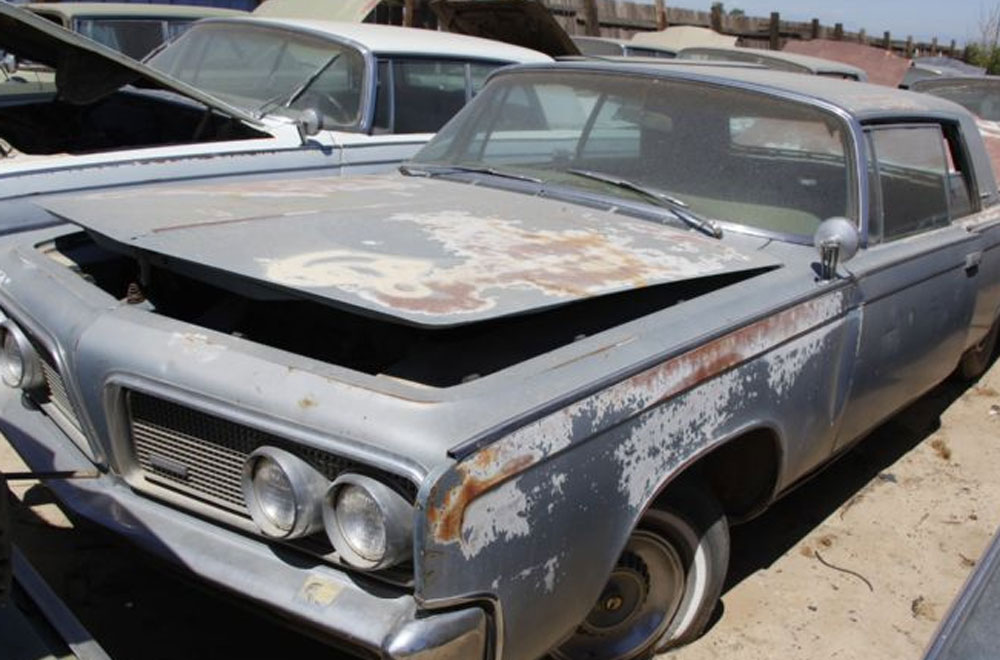 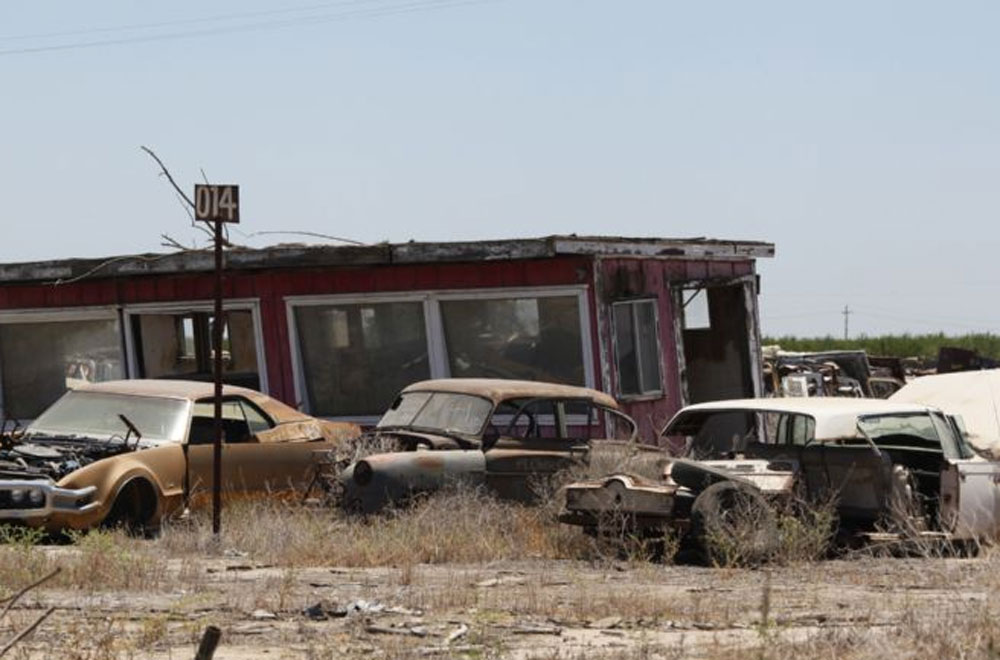 And as you can imagine (and see from the photos) Jerry`s car collection is vast and diverse. Besides many trucks from the 60s, the greatest junk yard has several examples from the muscle car – era, even some from 20s and 30s. however most of the `material` one can find here is from the 50s. There is a whole bunch of ’57 Chevy four doors and ’56 wagons, as well as entire collection Chryslers and Imperials from the early 60s. So it is probably becoming clear to you that if you ever find yourself in a position to have to shop for any kind of vintage parts, Jerry`s junkyard is your promise land. Biggest part of the vehicles are torn apart in a careful manner, so you should not be planning to find a complete project car for restoration, but on the other hand, you will have plenty of rust-free material.

Therefore we have made a photo gallery of Jerry Turner`s treasury, just enough to give you an idea of all the things you can find here, if ever found yourself in need for restoration parts for making your dream come true. Check it out!