It`s been many years since the last episode of the iconic American Chopper with Paul Senior at the helm aired. Here at Muscle Cars Zone, we have been wondering: what exactly happened to the beloved cast? Well, thanks to this exclusive interview done by 101.5 WPDH, we can take a glimpse at their life after the show ended. Paul Teutel Sr. is of course still running the great Orange County Choppers. This place has become a dreamy destination for all kind of custom bike work. However, because the show has ended, it does not mean that Paul Sr. is off television. 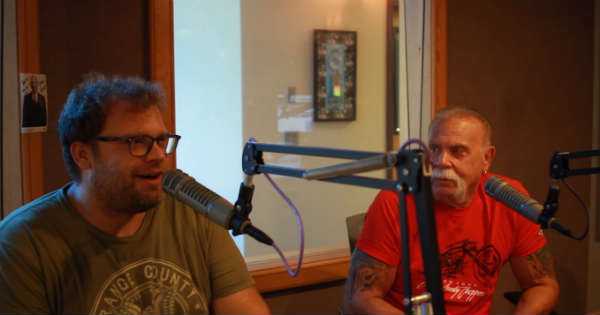 After the show ended, he made many talk and reality show appearances. You can also find Paul Sr. at many charity events as well. Paul Senior can also be booked for appearances at different events. Paul Senior`s Facebook page is a typical grandpa`s page. He posts many images of his lovely dogs. On his social media, you can also see him relaxing out of home or town, he deserves it all. As for Paul Junior, when he left County Choppers, he decided to open his own motorcycle shop in New York.

Paul now designs custom bikes for charities and business. Judging by this interview, even though there was a competing head-to-head with the shop, Paul Sr. and Paul Jr. are still in a good relationship. However, we still want to see what goes on with the rest of the cast like Michael Teutel, Vincent DiMartino and Cody Connely.

At last, click here to see the Chevy Camaro designed by no other but Paul Jr.!