The Ohio Police had their hands full through Cleveland chasing a 10-year-old-boy in high-speed-pursuit who stole the family car. Now, 10 year-old kids can get pretty hyper and wild if left alone. However, that usually results in something different rather than challenging the Police to a high-speed pursuit. Unfortunately, this boy had much more in mind when he stole the family car. After getting bored waiting for his sister to give him a ride to school, the boy somehow gained accessed the car and went on a joyride. 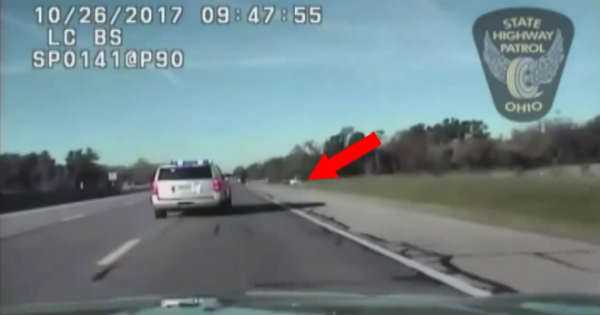 Upon noticing, his mother went frantic and called the police. This is when the police started chasing the boy daredevil. Eventually, the police drove alongside the kid and motioned him to stop the car. However, the boy had none of that and just shook his head while quickly accelerating. This is a very bold move indeed that turned this incident into a pretty dangerous situation. According to fellow travelers and the Ohio police, the boy managed to speed up to around 100 mph throughout an hour-long car chase.

However, at one point in the high-speed pursuit, the boy opted to go onto the edge of the highway in order to avoid a stinger spike strip. Nevertheless, the police then boxed the boy driver in. This prevented the boy from re-joining the highway. Finally, a Ford Interceptor intentionally came in contact in order to stop the vehicle. Because the driver was just a 10-year-old boy, the police didn`t pullout their weapons when apprehending the 10-year-old boy.