General Motors can never surprise us when it comes to choosing the best motor for a vehicle. However, the 2017 GMC Sierra HD and Silverado HD are getting a brand new Duramax Engine with cutouts! It is nothing new to say that there are no trucks on the streets, cranking more power than the diesel-powered ones! Of course, the brand Duramax is delivering a new beast under the hood of the Sierra and it screams POWER! It is about to bring speed as well. The engine in stake is a 6.6 L V8 which is kind of a retool of all the previous years! 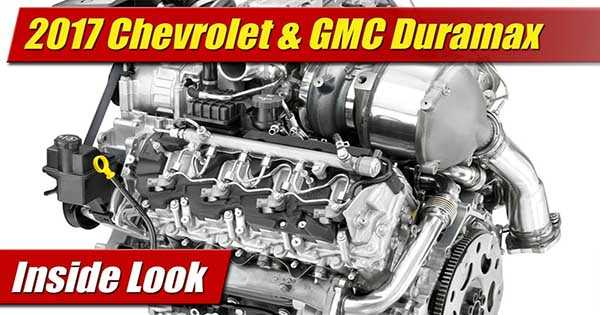 This engine has cutouts which means that it can offer internal insight of the engine`s work. The turbo diesel, as already said, will equip the Chevy Silverado as well as Sierra as it delivers more power and torque than ever! That means that the new Duramax engine of 6.6 L boosts 910 lb/ft of torque and over 445 horsepower! With all this, trailering and hauling will be easier than ever. The new Sierras and Silverados will now roam the highways like never before!

It looks for sure that days will come when you will stop noticing that you are driving a diesel! Of course, if engines go further from here in the future, which sure looks like reality. Now, go to the video below to see how the new Duramax V8 engine works, and feel free to give us your opinion on the motor!