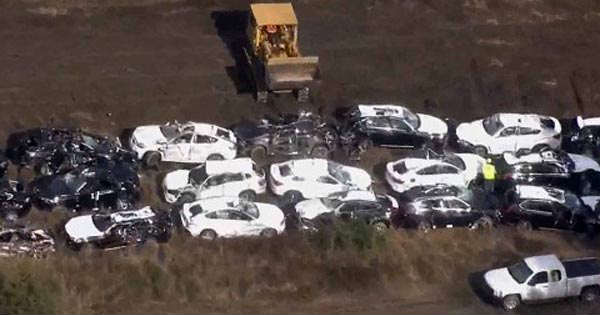 Train derailment can be very dangerous. It can be life fatal in many occasions if it includes passenger transportation. However, even when we talk about freight trains, derailment is always out of the question! However, South Carolina was the host of a train derailment where 120 BMWs were completely ruined!

The cars were being transported from the BMW factory near Spartanburg to the Charleston dock, from where they should have been transported all around the world. According to the Bavarians, the wrecked BMWs include the models X3, X4 and X6! BMW announced that their people are already working the field as they will try to give their evaluation for the 97 wrecked BMWs!

The will continue their collaboration with the Railway Transportation Company Norfolk Southern in order to clear this situation. It is unknown whether the Railway accident will enable BMW to deliver their new SUV vehicles.

The train was also defaced as the locomotive and some coaches came out damaged. It is really bad for the new 97 wrecked BMWs, probably the best quality cars in the World! Hope they will stand on their tires again. Take a look at this accident below.

Before you go, follow this link to witness the power of one giant car shredder.