Over the years we have heard some really amazing yet bizarre stories. But what makes these stories so good is the fact that once you hear the beginning of it, you desire for more and want to know every detail about it. In the following video we take a look at such story which is actually an ABC News report. In it we take a look at a NASCAR driver by the name of Dale Earnhardt Jr. and how he got pulled over by the police while going to work. 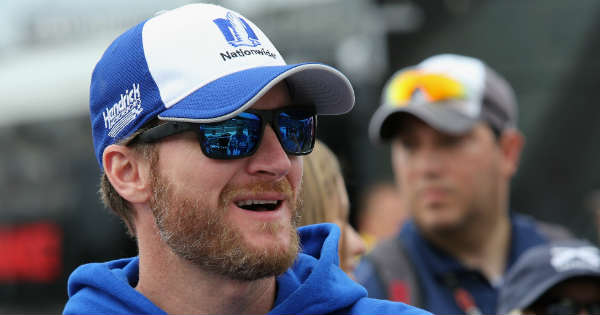 Namely, while he was going to the Texas Motor Speedway with his wife, he got stopped by a police officer due to driving at a high speed. His wife managed to get a picture from the moment and decided to share it on social media.

Luckily, NASCAR driver managed to get away with just a warning. No matter how ironic this story is, the law is equal to all citizens and we should all respect it. He was even asked on twitter by a fan how fast was he actually going and the answer he got will make you laugh out loud. Dale had simply said that he was not going fast enough, or at least he thought so. He is unable to race at the moment due to a concussion and we all wish him to recover as soon as possible and get back on the track with style. What do you think, how fast was he actually going?