There are many awesome TV shows that we grew up with in the past decade or so. Most of those shows are still running, which is awesome. However, few of them were not so fortunate. This was certainly the case with the legendary Mythbusters. The show that managed to amaze and impress us with its awesome experiments. The legendary duo was Jamie Hyneman alongside Adam Savage. Many years have passed since and we are all wondering where is Jamie now. Well, as we all know, he is an expert in the special effect business. With the help of Mythbusters he became the most recognizable TV person of all time. Few know that the show was shot in his special effects workshop, called M5 Industries. Unfortunately, after 14 successful seasons, the show came to an end in 2016. But what is their relationship like? 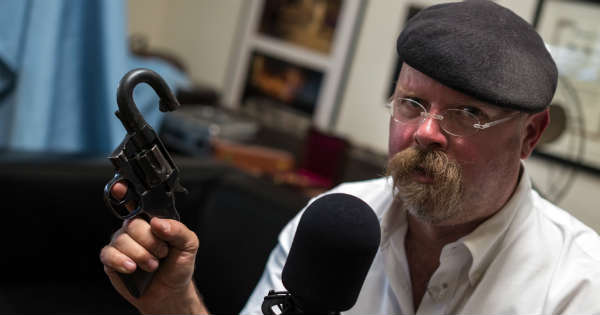 Many would assume that after a decade of working together they would be close. However, they often said that they respect each other on a professional plan, but are not close friends. But they have not stopped working ever since. Namely, they are currently working as producers for an action adventure-themed TV show on CBS. Jamie Hyneman is having serious interest into building naval vessels and firefighting robots. He is currently married to Eileen Walsh, who is a science teacher. They met each other while being on a sailboat diving charter business. Ever since they are having a wonderful relationship and are happily married. Most of their episodes will be remembered as being super exciting and looking into awesome social experiments. Many dilemmas were solved over the 14 successful seasons of the TV show. The duo had help from their team as well, which played a vital role from the show!

Make sure to check out their full cast from over the years!