The Mustang Cobra is one of the most produced muscle cars in history, with about 80 thousand machines made, and it has that distinctive Cobra sound that all cars envy. However, in this video, we see the Cobra standing next to a Chevy Camaro Z28 and it appears to be rumbling with a really beautiful and unique sound like only a Cobra can, right? Well, that`s the point of the video! The camera pans to the left and it turns out that the American-sounding vehicle is actually the Chevy Camaro instead of the Mustang Cobra. 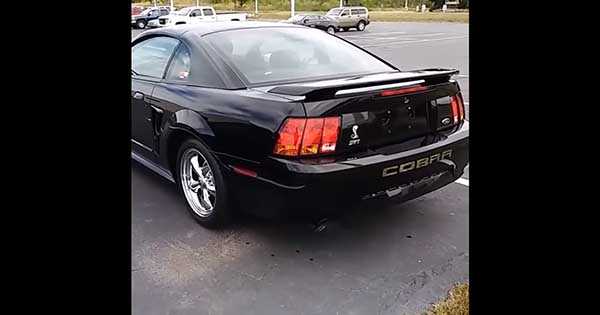 It was quite a surprise for us as well, as I imagine it was for you if you saw the video before reading this – don`t worry, you`re not the only one who got fooled! When it comes to the Mustang Cobra sound, it is of course irreplaceable but the Chevy Camaro is a pretty impressive car as well and it`s certainly not to be underestimated! While both vehicles are made in America and both are regarded as awesome muscle cars, but while both sound wonderful and make you shiver inside a little bit, people think that you can pick one as the better muscle car.

I disagree and I believe that they both have their positive and negative sides – one has perks that the other does not and vice versa. So, let`s end the division right here and call for some cooperation so that we can make the ultimate muscle car! Who cares about the battle of the brands, after all.

My God this Cobra sounds soooo awesome…..WAIT A MINUTE!!!