This is definitely the baddest Cummins in the World! No wonder why it is named like that… 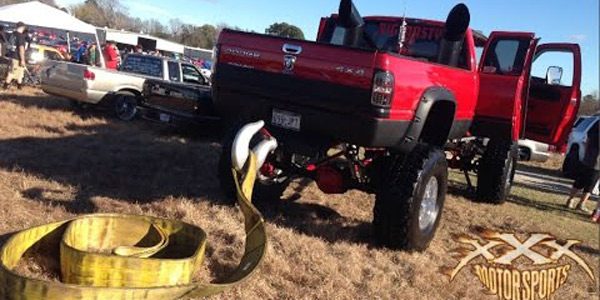 I`m sure that those amongst you who consider themselves as big time truck aficionados, and who are following most of the major truck shows all over the country, have probably seen this monster at some of them. And if it happened more than once, then you have probably noticed that each time, there is another addition of features to its impressive arsenal.

It is called Big Nasty, and it belongs to a guy named Trey, from Austin, Texas, who had set himself a goal to create the most impressive and bad to the bone pickup truck, that will make everyone look at it with their mouth open. And we got to admit that his effort is giving the right results.

This video clip was filmed by the Triple-X Motorsports & Outdoors at the Turkey Drag 2014, which according to the reports, was full with impressive trucks. But I guess that it will not be wrong if we say that Big Nasty was one of the very best at it -- the baddest Cummins ever!

So if this sounds appealing, check out the video below that we have prepared for you today, and learn more about Big Nasty from its owner himself. And if you want to see more from the Turkey Drag 2014, go to this link.