McLaren`s Vision Gran Turismo is a hypercar created and designed for the highly anticipated video game – Gran Turismo Sport. The game was released on October, 17 so if you are interested you can try it out. Having said this, it`s just a car made for a video game. However, we think it goes beyond that and that this is one remarkable futuristic concept that potentially showcases how a hypercar might look in the not too distant future. Kazunori Yamauchi is the creator of Grand Turismo Sport and he was planning to use some visionary GT car concepts for his game. 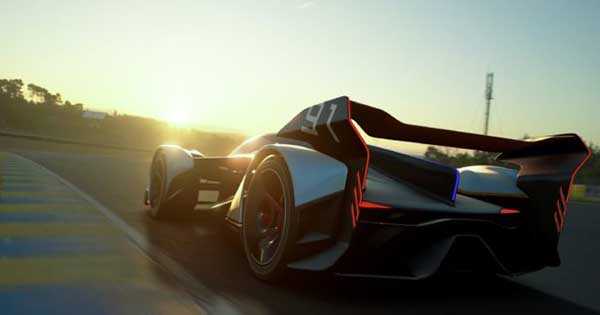 He found the perfect car in this McLaren concept which definitely fits the bill. The concept was made by McLaren Automotive and it looks stunning. Power for the McLaren`s Vision Gran Turismo hypercar`s wheels is generated by a twin-turbo 4.0L V8 engine. This power unit works together with ingeniously placed electric motors. This combined output of ICE and electric motors produce remarkable 1,134HP and 940 pound-feet of torque.

The rear wheels are powered from the monstrous V8 engine. The front wheels on the other hand are powered by the electric motors which are placed in the “wheel pods” (as McLaren named them) at the front. With these staggering numbers, even the hypercar titan – the McLaren P1 can`t compete and doesn`t stand a chance. To make it even more extreme, this hypercar weighs only 2,205 lbs. Unfortunately, McLaren Automotive doesn`t have plans on releasing this hypercar to production.

However, seeing a real-life version of this hypercar at an upcoming event would not surprise us. Finally, read more about the Vision Gran Turismo program, here!