When we took a look of the cars of the Don Davis Collection that are going to be sold on auction, there was one that particularly caught our attention. It is the 1969 Ford Mustang Boss 429 that we are talking about which price starts at 300,000 dollars and ends with 350,000 dollars. Two other Mustangs were previously sold, but their price was 200,000 dollars and 275,000 dollars. So, what makes this particular Mustang so special and expensive? Well, it is because the vehicle has passed unbelievable 97 miles. How`s that?

Well, the owner bought this Mustang because he planned to compete with it in the NHRA Super Stock class. But, that never happened and instead the car was put in a garage for a long time. When the car was rediscovered a new 429 ci V8 engine was incorporated in it. The rest of the car remained the same as it went out from the factory. On the 27th of April this year, this Mustang was sold to the highest bidder.

When it was first delivered, the Boss 429 featured a Philco radio, suspension, brakes and power steering. The first idea was for the vehicle to take part in the NHRA event, but due to change of NHRA`s regulations the vehicle was sent off to the garage where it stayed for about 10 years. When it was rediscovered the vehicle was sent to Bob Perkins, master of Boss 429 restorations, and several modifications were introduced to the vehicle. However, the original marks from the factory were not removed. They still linger in the vehicle. And another fun fact! This car has only 97 miles on its odometer!

In 2005 the vehicle won the Gold Award. Furthermore, each state of this vehicle has been carefully documented including its original parts and the state in which the previous owner left and preserved the car. When we sum up we can see that even if produced in 1969, this Mustang is fairly new!

Finally, check out the ZL1 vs Mustang race! 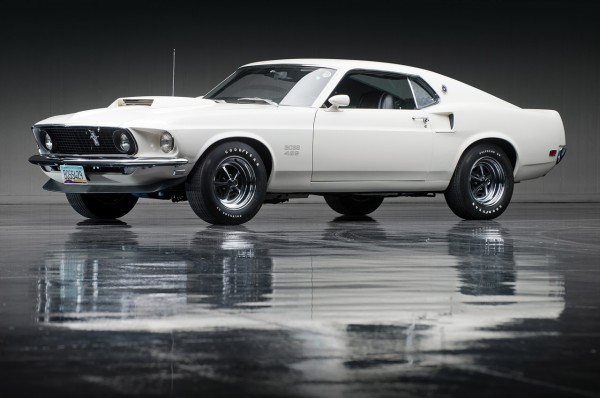 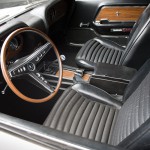 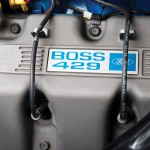 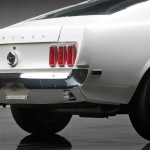 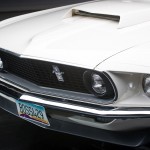 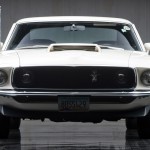 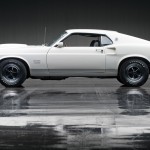