This is definitely NOT how you wish your work day to start! In this one, we can see an overhead lift that is offloading a new American made locomotive train from a cargo vessel, when out of nowhere the chains snapped. 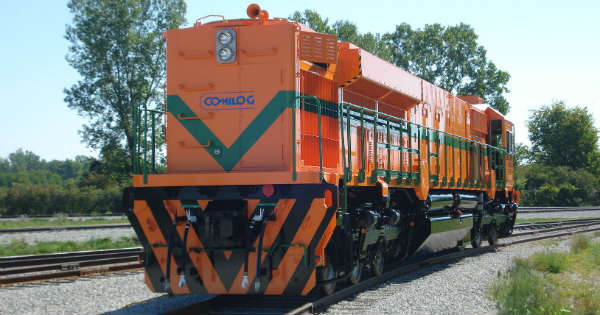 This resulted in the gigantic train engine being smashed on the concrete below. Fortunately, all the workers were safely positioned before the engine fell. Having said that, this could`ve been from an awful situation to something far worse. However, as we said, the only casualties here are the locomotive and the chain that was meant to lift the big machine.

Apparently, the locomotive`s frame was snapped and the rotating apparatuses got destroyed. Meaning that the train engine is now good only for the scrapyard. The locomotive train EMD GT46C-Ace is a very nice model that runs on diesel electric.

The cause of this accident is not known. However, maybe the crane operator should not be blamed for this. It`s possible that the faulty chain was the culprit of this terrible mishap.

Whatever the case may be, check out the video below and determine for yourselves. Nevertheless, this was a very expensive mishap. A whole fortune went down the drain in a mere second.

At last, watch the video where one truck driver had also a really bad day at work. No U-turn for him!