Everyone would love to make his or her business successful. However, in a time where the competition is massive, it is quite hard to make your business stand out in the crowd. Some people manage to do this by making bold and sometimes questionable moves! This is why we decided to share this video with everyone here! It is a Jesse James interview, who talks to Graham Bensinger about his successful story running his company West Coast Choppers. He started his business in a garage way back in 1992. Even though the company was doing relatively well before 2000, after the show Motorcycle Mania started airing, his business blossomed. 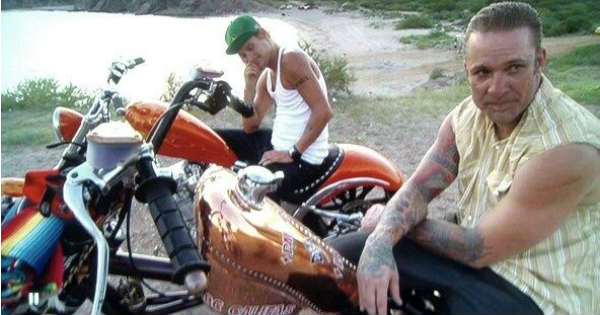 To put things into perspective, before Motorcycle Mania, West Coast Choppers were selling $100,000 in merchandise weekly. After show made his famous however, he started selling t-shirts to retailer Hot Topic. This move netted him $45 million in a one year span between 2000 and 2001!

Jesse James reveals that it was this move that set him up for the biggest decision of his life. After noticing that his merchandise sell goes really well, Walmart approached him with a business proposition. Today, Walmart is the largest company in the world by revenue. However, back in 2001, Walmart was nothing compared to what it is today. As Jesse says, in 2001 Walmart was the dumping grounds and famous brands wouldn`t sell to them. Apparently, up until 2001, the most expensive T-shirt sold in Walmart was $9.99! This was a difficult decision for Jesse, and he asked around for other people`s opinion.

Everyone told him no, except for his friend, musician Kid Rock, who encouraged him to make a deal! How did this affect Jesse James`s life and company? Well, you will just have to watch the Jesse James interview to get your answers! Cheers!

At last, click here to see which are the 6 rules for success by the one and only Arnold Schwarzenegger!